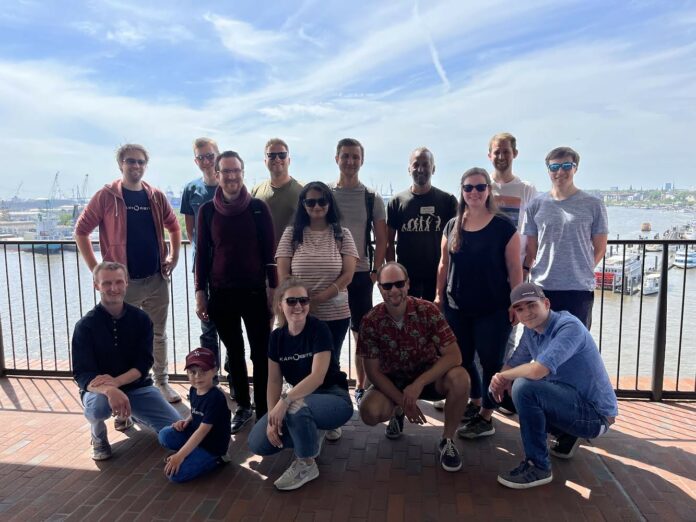 We are increasingly taking up space in space – and it means that costly collisions are becoming more likely. Research spin-off from TU Braunschweig, OKAPI: Orbits has just raised €5.5 million for its software that is making space operations safer and more efficient.

OKAPI: Orbits has developed a space traffic management software that is helping to coordinate and optimize the operations of satellites, rockets and sensors. As a result of the increasing number of activities in space coupled with dangerous amounts of debris, assets in space face frequent interferences, close approaches, and potential collisions. OKAPI: Orbits want to better manage this. The German startup has just picked ip €5.5 million in a seed funding round helping to skyrocket the software.

The funding was led by San Francisco-based MunichRe Ventures, the venture capital arm of Munich RE Group, with participation from US firm, Dolby Family Ventures, and European VCs Herius Capital and APEX Ventures. Experienced private investors Andreas Kupke, founder of Finanzcheck, and Christian Dahlen, software executive at SAP, also participated in the round alongside Ingo Luge,  the former CEO of E.ON, and Michael Oxfort, the founder of the first commercial satellite constellation.

Founded in 2018, OKAPI: Orbits is on a mission to make space operations safer, more sustainable and more efficient. The spacetech startup has developed a platform that, utilizing selective data sets and algorithms, helps to avoid collisions and interferences, in order to secure an interruption-free use of tech in space.

Space technology is increasingly used to help manage and optimize modern life on earth – with a range of use cases, including climate change monitoring, communications and beyond. As we continue to unlock and harness the potential space has to enhance life on earth, we need to make sure we optimize the management of assets in what is becoming a crowded space.

OKAPI: Orbits aggregates a very precise and holistic map of objects and actions conducted in space in its Space Traffic Management software. The platform fuses radar, telescope, in-orbit sensors, and laser-ranging data to an independent data set, which predicts risk, interferences, and environmental impacts with a high degree of accuracy. This assessment helps operators to extend the lifetime of their space assets by several months, reduce costs in operations by a reported factor of 10, and increase the reliability of their services.

OKAPI: Orbits Co-Founder and CEO Kristina Nikolaus, explained: “Our overarching mission is to help operators to increase the lifetime of their assets with a minimal ecological footprint, keeping their investments safe and taking advantage of the great opportunities the booming space market has to offer for solving earth’s problems.”

Already, the pioneering startup has shown value in its product by providing services to more than 50 spacecraft in orbit and over 150 registered users across the globe in Europe, the United States and Asia-Pacific. OKAPI: Orbits also offers risk analysis, full simulation capabilities, and tools to ensure compliance with regulations and industry standards.

Kristina Nikolaus added: “We’re building the first-ever tool designed to maximize profits and secure zero impact in the precious space environment. With OKAPI: Orbits, everyone who is working in and with space has can access critical information with just one click, integration into customer systems takes less than 10 minutes, and operators know exactly how missions can be optimized without interfering with others. The opportunity here is massive: more than 70 thousand satellites will be operated in low Earth orbits within the next decades – almost seven times more satellites than launched between 1957 and 2020.

This new funding will be used to expand the userbase further, as well as continue to develop and enhance the product portfolio and grow OKAPI’s international footprint in the space situational awareness market.

Ingo Luge, an angel investor in OKAPI: Orbits, said: “OKAPI: Orbits addresses a critical and underserviced market. I believed early in the extraordinary capabilities of the OKAPI team members. They are pioneering the commercial market for Space Traffic Management and collision avoidance services.”

German startup Staige scores €8.5 million from Borussia Dortmund to digitize sports for all