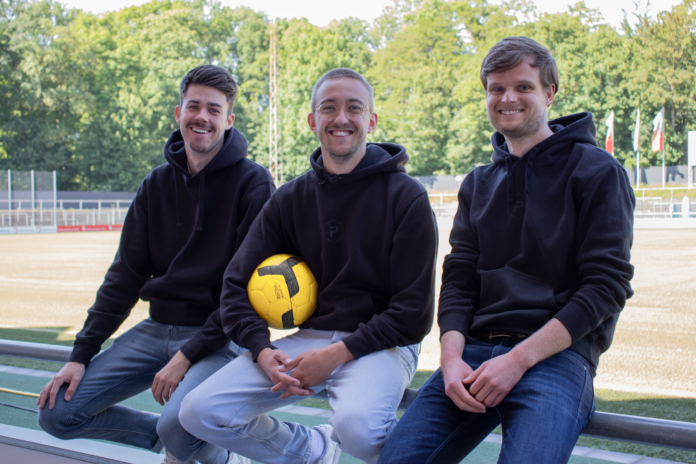 Amidst growing investor interest in football, sportstech startup Prematch has scored €1.7 million in fresh funding for its platform that is bringing the pro-footballer experience to the masses. The team only intended a €1.2 million round, but given investor traction the round was increased.

This year, football fans are all eagerly awaiting the beginning of the World Cup and the football frenzy is already picking up pace. Football is one of the most popular sports around the world, and now, sportstech innovators and investors are showing more and more interest.

Founded in 2021 by Fiete Grünter, Lukas Röhle & Niklas Brackmann, Prematch has the goal to become a super-platform for non-professional football in Europe, bringing pro-level experienced (such as news, data and gamification), to the mega football community. Given that there are an estimated +190 million football fans out there, Prematch is entering a massive market.

“Football is and remains the most popular sport in the world. However, the real soccer does not take place in the Bundesliga, but on the local pitches. On weekends, up to 80,000 matches are played in Germany.” The founding team.

The startup combines components from social networks and soccer platforms from the professional sector. It essentially allows every active soccer player to follow themself and their friends/teammates – just like they follow Ronaldo and Messi.

“A new generation of soccer players and fans is currently growing up. The commercialization of professional soccer is having an impact. We see that ‘real soccer’ will rapidly gain in importance due to this trend and advancing digitization.”

Already available for both Apple and Android users, Prematch now includes data on over 2 million players. The new funding will be used to continue developing the platform and to expand it across Germany, one of Europe’s footballing hubs. The startup also wants to grow the team to facilitate these plans.

Ralf Reichert commented: “The future of modern soccer is gamified and hyper-personalized. There is incredible potential in the amateur sector.”

Jörg Kattner added: “Through my active time in amateur sports, I know the challenges of the clubs and am excited about the new possibilities through Prematch.”

Patricia Allen
is the Head of Content at EU-Startups. With a background in politics, Patricia has a real passion for how shared ideas across communities and cultures can bring new initiatives and innovations for the future. She spends her time bringing you the latest news and updates of startups across Europe, and curating our social media.
RELATED ARTICLES
Germany-Startups

Aarhus-based Kollektiv takes off with €1.5 million to empower everyone to fulfil their athletic potential