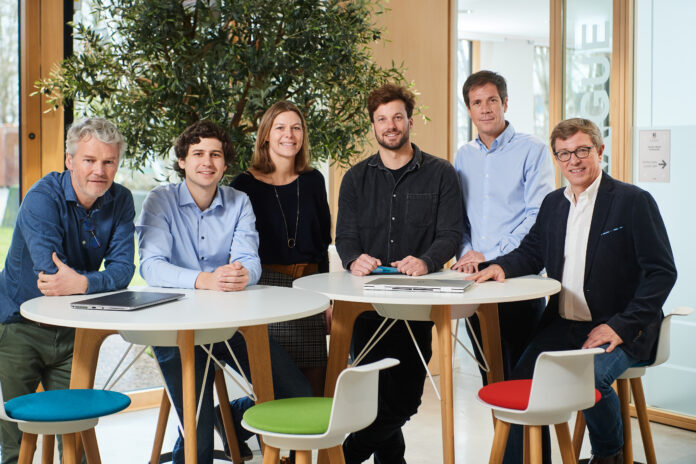 In 2016, Seeder Fund launched a seed fund to support promising digital startups in making their first steps to success. The fund was built by a team with experience in entrepreneurship, investment and VC – giving a real wealth of knowledge behind the venture. Since then, Seeder Fund has established itself as a major player in the Belgian market.

Now, after funding 40 startups which have collectively raised over €120 million, Seeder Fund is raising its second fund. The fund, which should soon hit €30 million, will be used to support an additional 50 digital startups over the next 5 years. With this launch, Seeder Fund confirms its commitment to investing in early-stage startups, helping innovators make those crucial first steps.

Pierre-François Hellebuyck, partner at Seeder Fund: “After having supported 40 startups with our first fund, we are launching our second investment fund. We aim for a total fund size of EUR 30 million,  fully dedicated to digital startups. With Seeder II we have the ambition to invest in more than 50, mainly Belgian, startups in the next 5 years.”

Seeder Fund’s approach is fully dedicated to the challenges of seed capital, with very fast decision-making processes, individualized support and significant investment capacity for subsequent financing rounds. Through prioritising personalised support and consuming on achieving key milestones, the fund enhances the chances of success. As a testament to this, almost 30% of the portfolio companies raise further capital to accelerate their growth, making Seeder Fund one of the most successful seed funds in Europe.

The relevance of the investment model developed by Seeder Fund and its impact on the Belgian ecosystem has proven itself. Several major players such as Belfius Insurance and numerous private investors with a strong entrepreneurial spirit are stepping into the adventure, alongside the main historical shareholders – namely the fund managers, SFPI, Sambrinvest, ULB and a group of private investors already present in Seeder I.

The fund also has the added bonus of having higher average investment amounts – the first ticket of €100k to €250k in seed and up to €500k for startups with proven commercial traction. The aim is to accelerate the first round of funding of promising startups by providing a significant part of the initial budget that startups need while allowing for a very fast decision-making process. It aims to follow the different funding rounds of startups with an average investment capacity of around €1.5 million per startup.

The fund will continue to invest primarily in Belgium but will expand its presence to neighbouring countries such as Luxembourg, the Netherlands and France.

Alongside the announcement of this fund, the management team of Seeder Fund have also just welcomed Isabelle Tennstedt to the fold. As Senior Investment Manager at PMV, she has previously guided the growth of numerous successful digital startups, such as WIllow and Supply Stack.

While the first three investments are expected to be announced soon – in sectors such as mobility, telecommunications and hospitality – the number of investments should double by the end of the summer. The fund has until March 2023 to welcome new investors to increase its investment capacity and its impact on the Belgian entrepreneurial ecosystem.