Zinc announces a new €32.9 million fund to back mission-driven founders who are addressing the most pressing societal issues 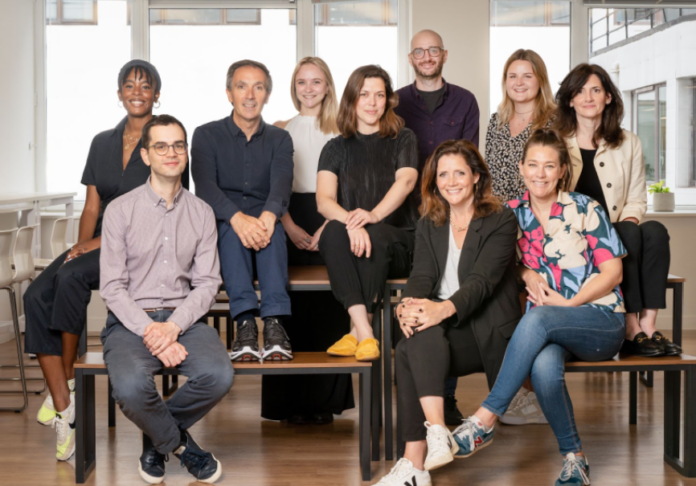 Zinc, a London-based venture builder and early-stage investor, today announced that it has completed the first close at €32.9 million, of a fund targeting a final close of around €38.8 million. The goal is to invest in the huge global wave of entrepreneurs who want to build commercial solutions to our most pressing societal challenges.

The Zinc 2 Fund is an early-stage venture capital fund that backs mission-driven talent, pre-team and pre-idea. Each of its venture builder programmes has 70 entrepreneurs all focused on one of Zinc’s four missions: improving mental health, protecting our natural environment, improving the quality of later life, and helping people impacted by automation and globalisation. Zinc and the entrepreneurs share a conviction that each of these missions is a big opportunity for both social impact and commercial success.

Since 2017 Zinc has backed over 220 diverse founders who have built more than 60 ventures across the four missions such as Vira Health (menopause support), Tandem (transportation for workers in small cities and towns), Pexxi (personalised contraception pills), Bellevie (better jobs in homecare), Untangle (grief support), Beanbag (support for eating disorders), and more.

The new fund will back 500 diverse entrepreneurs to create brand-new ventures from scratch and invest in 100 of the ventures they create.

The founders Zinc backed in its most recent venture builder programme are > 50% women, 15% Black, with an average age of 38. The fund has been cornerstoned by the British Business Bank’s Enterprise Capital Funds programme, which supports new and emerging VC fund managers who target the early stage equity gap.

Investors in the fund are backing Zinc to become the best place in the world for mission-driven entrepreneurs to start their new business and to experiment their way to impact on a global scale. This has been Zinc’s vision since it was founded in 2017 by Ella Goldner, Paul Kirby and Saul Klein and backed by its early investors including the London School of Economics.

Ella Goldner, co-founder of Zinc, explained: “Rather than waiting for good companies to appear, Zinc helps individuals (before they have a business idea or a team) to build from scratch a new commercially-ambitious company to solve the social challenge that they are most passionate about. Typically, those individuals are 10 to 20 years into their career, but are frustrated that they are not having the social impact they want. Either they are in the commercial world (e.g. product, tech, marketing, sales, entrepreneurs) and frustrated that their commercial skills are not being used to solve the most pressing social issues. Or, they are in the social impact world (e.g. doctors, teachers, researchers, NGO workers) and frustrated that they do not have the same freedom, and pace as businesses to innovate and scale. Zinc brings these groups together to combine social impact and commercial skills.”

The individuals chosen by Zinc to build a new business join a cohort of up to 70 people who all share the same mission and access a 12 month programme of support and investment. For example, the most recent programme had 68 individuals who were all passionate about improving the mental health of children and young people. The Zinc programme gives the cohort the opportunity to find a co-founder, access expert support, build a product and win financial investment. Zinc will invest up to €294k in each of the companies created.

Paul Kirby, co-founder of Zinc, commented: “Our missions are a call to arms: ‘Who wants to quit their jobs and spend the next decade or more solving this problem?’ Each mission unites people who care deeply about the same unsolved problem, cutting across the traditional silos (by industry, profession and private/public/charity) which get in the way of innovation. The mission-led approach has not only attracted brilliant entrepreneurs, with thousands of people willing to quit their job and join the Zinc programme. It also attracts fantastic experts and partner organisations who are equally passionate about the mission and want to help the entrepreneurs succeed. Each of our programmes has 100 Visiting Fellows and an extensive network of partners”.

Over the last five years, Zinc has supported more than 200 founders and with the new fund, it will support another 500 founders. The COVID era has accelerated the wave of mid-career talent that wants more purpose and greater freedom to innovate.

Diane Morgan, Zinc’s Director of Talent said: “In a time where less than 5% of VC funding in 2021 went to female founders, and less than 0.5% of venture capital (VC) funding going to Black-led startups, the danger is that the products being built won’t meet the needs or tackle the challenges society faces. That’s why we have built cohorts with more than half of our entrepreneurs being women, the cohort being ethnically diverse, and an average age of 38 years and embracing age diversity with a range from mid-20s to mid-50s. We’re attracting talent from around the world, with over 30 nationalities represented in our entrepreneurs, with many of them relocating to the UK to join Zinc and start their business here.”.

The Zinc 2 Fund will back seven of Zinc’s venture builder programmes and invest in 100 of the businesses that are created. The first programme is focused on the mental health of children and young people. The next programme will start in October 2022, with 70 founders all focused on B2B solutions to help transform the industries that have the most impact on our environmental crisis.