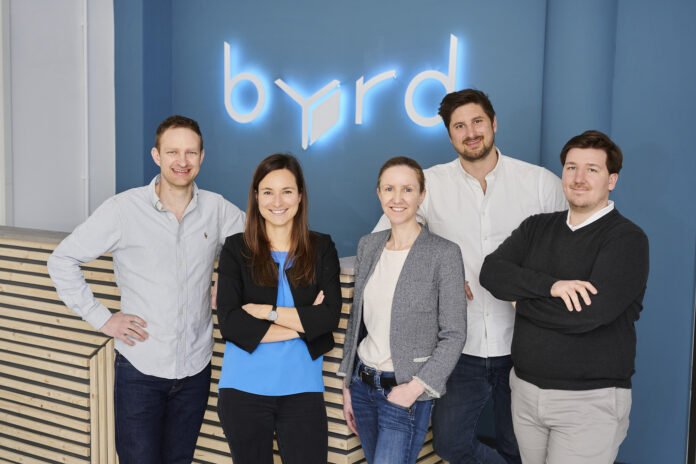 In today’s society, we are increasingly influenced by e-commerce. On admission to facilitate smoother e-commerce fulfilment, byrd has just raised over €53 million in a fresh funding round led by Cambridge Capital, with participation from Speedinvest, Mouro Capital, Elevator Ventures and other existing shareholders.

It means that byrd is facilitating parcel fulfillment, fueling that high demand for efficient delivery services, without touching a single parcel.

Founded in 2016, byrd’s cloud-based logistics solution allows retailers to optimize operations and to unlock their growth potential on a global scale – and is already used to seamlessly integrate with platforms like Shopify and Amazon in the UK, France, Germany, the Netherlands, and Austria. The company has also recently launched new warehouse locations in Italy and Spain.

Alexander Leichter, CEO and co-founder of byrd, explained: “E-commerce retailers are under ever more pressure from consumers to deliver as fast as possible, without charging for shipping. At the same time, the global supply chain crunch is putting increasing pressure on margins and creating significant delivery issues. This means retailers must look for scalable fulfillment services that cover their core markets globally.”

The new funds will be used to strengthen byrd’s presence in existing markets by expanding the local teams, and will allow byrd to launch in Sweden, Denmark, and Poland later this year. This will create the largest connected and independent e-commerce fulfillment network in Europe, with over 30 warehouse locations across 10 European countries.

Matt Smalley, a Principal at Cambridge Capital, who is joining byrd’s Board of Directors, added: “byrd is one of the fastest-growing companies we have seen, at what we think are the strongest unit economics in the industry. We were convinced by their tech-driven approach and proprietary warehouse management software, which enables byrd to run an asset-light fulfillment network. byrd’s broad coverage of the European market, excellent customer momentum and strong satisfaction with both retailers and warehouse partners appealed to us right away.”

The funding will also enable development of the innovators tech, with new features due to be added, increasing the value it provides to its growing customer base. byrd will also launch support for Amazon’s Seller Fulfilled Prime programme, allowing it to tap into the large market of successful Amazon sellers who are looking for an alternative to FBA. In addition, byrd is expanding its B2B capabilities across the entire network. The company will also invest significant resources into new integrations with additional shop systems, ERP systems and other order management software, such as Xentral for the German market and PrestaShop for France.

By the end of 2022, byrd expects a headcount of 400 staff across Europe and the UK, with offices in Berlin, Vienna, London, Paris, Barcelona and Milan.

Patricia Allen
is the Head of Content at EU-Startups. With a background in politics, Patricia has a real passion for how shared ideas across communities and cultures can bring new initiatives and innovations for the future. She spends her time bringing you the latest news and updates of startups across Europe, and curating our social media.
RELATED ARTICLES
Austria-Startups