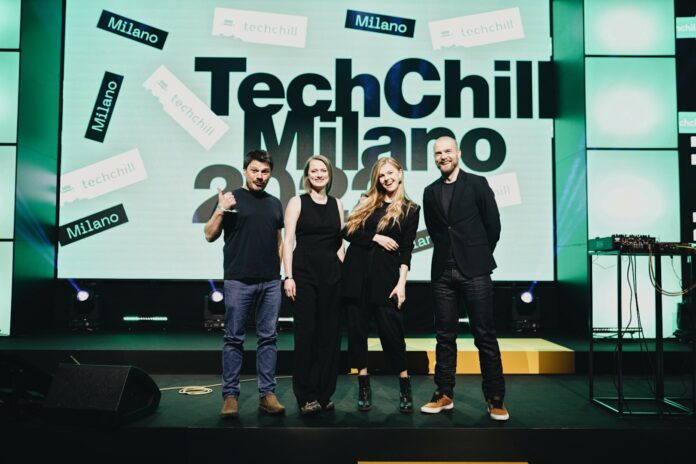 The Italian startup ecosystem is heating up, and this year we’ve seen a lot of exciting activity. Now, though, the cool breeze of the Baltics will be going to Milan as TechChill Milano has just been announced to take place on September 27th-29th.

This year, the EU-Startups team had the pleasure to join TechChill at its annual event in Riga, just before the annual EU-Startups Summit which will be taking place May 12-13 in Barcelona. This Baltic event every year celebrates tech and startups from across Europe. Now, the event has announced that it will be bringing the Baltic secret sauce to Italy – further putting the Southern European nation on the European startup map and bringing more exciting events to Europe, which can only be a positive thing for the wider startup community. Earlier this year, we identified ten Italian startups to keep an eye on this year, check it out here.

The main focus for TechChill Milano is on Innovation ecosystem building as the key to a regional success; Founder stories – the good, the bad and the ugly of growing a startup from idea to scale, as well as Building for the Future – spotlight on technology and practices that make the world more sustainable. It will serve as the largest go-to event in the region that brings together investors, startup founders, ecosystem builders and international media, as well as highlights the most promising startups while building the local network and matching it with the international crowd.

Marija Rucevska, co-founder of TechChill commented: “As within the past decade TechChill began to grow into the largest tech event in the region supporting the local ecosystem all year round, so did our vision of expansion. We knew it was about time to take TechChill outside the Baltics and share our expertise with other European regions where the industry is developing at a similar pace. There is a lot we can bring to the Italian startup hub Milan and a lot we can also learn from their experience with scaling globally. And that’s where TechChill comes in creating a knowledge-driven platform for the regional ecosystem boost and international cooperation in the long-term.”

The Baltic startup ecosystem is known to be among the fastest-growing in the world, and today the region is home to over 5000 startups and scaleups, including 14 unicorns. Nonetheless, there is still room for further growth to attract foreign investment and take the dynamic startup ecosystem to the next level.

The Italian tech scene has seen similar growth and level of expansion over the last decade and with the market evolving more and more, there is a strong need for expertise-based support and a local ecosystem boost. Italy has also been known as the hidden treasure of the European startup scene with lots of potential waiting to be discovered and put on the global map. Scalapay, BizAway, UnoBravo, iGenius, Everli, Genenta Science, the first Italian scaleup listed at the NASDAQ, D-Orbit, the Italian space-tech scaleup heading to NASDAQ, Soldo, the Italian-UK fintech and Satispay, Wise, Vedrai, Cortilia, Casavo, Shopfully and Moneyfarm are just some of Italy’s many growing startups and scaleups, and venture capital investment in the region is growing faster than ever reaching almost 1,5 billion euro in 2021 of which 30% from international VC firms.

Among the first speakers for this fresh event, there are Roberto Bonanzinga from InReach Ventures, Lubomila Jordanova from Plan A, co-founder and CEO of BOOM Federico Mattia Dolci, Mike Butcher from TechCrunch, advisor and investor Paola Bonomo, talent advisor from HV capital, the largest investment fund in Central Europe Anna Ott, and managing partner at Change Ventures Andris K. Berzins.

Andrea T. Orlando, investor, entrepreneur and Italian startup ecosystem activist added: “Italy is the land of opportunity, and the Italian startup ecosystem has shown rapid growth during the past few years indicating that an initiative such as TechChill is very much needed in our region in order to build and promote even more successful startups with global potential. The Northern and Southern startup ecosystems have not been connected before, but there was a strong chemistry between us, entrepreneurs, and TechChill that we pursued and believed in. Therefore we are looking forward to welcoming our Baltic partners, leading industry experts and startup friends to Milan to exchange knowledge and build a solid ground for strong cooperation today and in the future.”