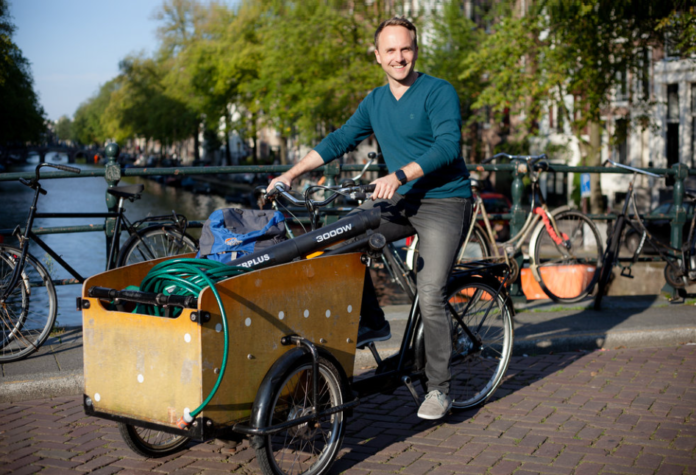 Circular sharing platform Peerby.com, the startup that enables neighbors to borrow and lend household items, has just raised €2.3 million in a funding round led by Toronto-based tech and impact fund Loyal. The Dutch impact investor Shamrock Ventures and existing shareholders, including hundreds of crowdfunders, have also invested in this round.

Founded in 2012, Peerby aims to use the fresh capital to increase its impact. The first focus will be to grow in medium-sized Dutch cities. The platform strives to reach the same level of sharing as in home town Amsterdam, where 1 in 4 households is already a member. Furthermore, Peerby is taking the renewed platform international, with Belgium already leading the way and rollouts in other countries planned for late 2022 and 2023.

The announcement of the investment follows a period of rapid growth and coincides with the tenth anniversary, hundreds of crowdfunders becoming co-owners and the first profitable month of the platform after launching a revamped model in 2019. Peerby’s objective keeps being to connect neighbors and reduce waste and emissions.

The financial success of the revamped platform is due to the introduction of a paid membership for borrowers. Peerby’s revenue grew by 222% in 2021 and 200% in 2020. The rapid growth can be attributed to supporters inviting their neighbors to join Peerby’s digital neighborhood sharing shed, which is now filled with over half a million shared products.

900 crowdfunders, who provided the company with a loan five years ago, were given the opportunity to convert their loan into shares as a result of the investment. A vast majority opted for conversion and 40% percent of them even decided to buy additional shares.

Peerby investors believe in both the economic and sustainability potential of the company. Recent research by Milieu Centraal, a Dutch environmental research institute, concludes that consumers can reduce their climate impact by more than 25% by making circular choices, such as sharing and borrowing.

Daan Weddepohl, the founder and CEO of Peerby stated: “The support from members, crowdfunders and professional investors confirms that everyone is eager for an alternative to today’s hyperconsumption. We’ve always had social and ecological impact and the challenge was to become financially sustainable. Now that we have achieved profitability, the time is ripe to make neighborhood sharing mainstream.”

Loyal VC’s  founding partner Kamal Hassan commented: “Peerby, besides being a great impact story, is a testament to the power of persistence. Others have struggled to implement this obvious concept, since it has challenging economics. Daan and his team have accumulated years of customer insights and iterated every aspect of their model to crack their industry’s code. Loyal is delighted to support them in expanding the power of sharing.”