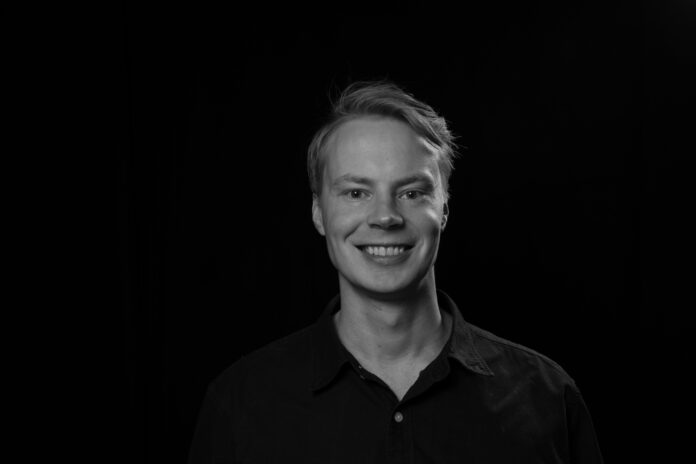 Icebreaker is an early-stage VC fund that invests in startups that are as early as an idea. Founded in 2017, they back early-stage teams built by domain expert founders. To date, they have invested in 70+ startups from Finland, Estonia, and Sweden. As early-stage investors, they believe they have an important role in tackling the VC funding gender gap from the top of the funnel.

They have made it a priority to improve the gender funding gap. Here are some of their results so far:

With the positive progress Icebreaker achieved so far, we were curious to learn more about what initiatives and actions they have taken. We caught up with Icebreaker’s General Partner, Lasse Lehtinen to learn more about investing at very early stage, how they have been working on closing the gender funding bias, and looking towards the future with chatting about the future of diversity and female founders that they are excited about.

Can you tell us more about Icebreaker’s investment thesis?

Nothing is too early for us. Our portfolio companies don’t usually have anything other than the founding team and an idea when we make the investment decision. It comes as a surprise to many founders when we talk to them for the first time because traditionally, funding for idea-stage companies has not come from a €100 million VC fund but friends, fools, and family or angel investors. Last year we invested in 20 teams, and the range of our ticket size was €200k-800k. Currently, we invest in Swedish, Finnish and Estonian-based software-driven companies. We like diverse teams who know their domain and have global ambition.

What unique challenges does investing at a very early stage have? And what does Icebreaker do to overcome that?

The companies don’t typically have any historical data. There’s no revenue, customers, or users. And even if there are, it’s still so small scale that it would not make sense to put a lot of weight on those. So, we pay more attention to the market potential and of course, the teams.

What do you think is the reason(s) causing diverse founders not getting funding? Is it that not enough diverse people are starting their own companies or diverse founders struggling to access capital due to traditional sourcing and due diligence processes or something else?

To put my thinking into context, we have decided to focus on improving gender diversity because we feel that’s where we can make the biggest positive impact. Further, we have focused only on investing in Swedish, Finnish, and Estonian tech companies, so I know those markets best.

We look at thousands of companies every year. There are a lot more male founders starting tech companies in our regions. So that is one reason why there are more male-founded companies. However, when we compare the three countries we operate in, we see more diverse teams from Sweden vs Finland and Estonia. Not surprisingly, we have therefore invested in more diverse teams in Sweden. For instance, 56% of our new investments in Sweden last year had one or more female founders. Our Finnish companies had 33% and Estonian 20%, which is quite far from Sweden but still better than the industry average. It’s also worth mentioning that we don’t have so-called country teams, which means that the same people source investments from all three countries, and the same partners make investments in all countries.

Conclusions? The Swedes are doing a better job at closing the gender funding gap, and I’m pretty sure it’s a sum of several initiatives – starting from the legislation that is perhaps the world’s best for promoting equality.

I am delighted to see the positive progress Icebreaker has made to closing the gender funding gap. Could you tell us more about how Icebreaker has achieved these numbers?

The short answer is straightforward: we have made it a priority. We have a few strategic objectives and improving the gender diversity of our portfolio is one. We have taken several smaller and bigger concrete initiatives supporting the goal. For instance, we have added the diversity KPIs into our LP reporting, done a lot of self-assessment, improved the gender ratio of our deal team, spent hundreds of hours in deal sourcing, and had countless discussions and learnings from female founders. In our comms, we have lifted the female founders on stage to increase the number of role models in the community.

When coaching our portfolio founders, we highlight the importance of building a diverse team. We have recently asked all our portfolio companies to start reporting their team diversity metrics every quarter. Every company reports its diversity numbers on the board, leadership and individual contributor level. All of our portfolio founders have a competitive nature and I’m sure none of them wants to show poor numbers moving forward. I believe the initiative encourages non-diverse teams to improve their diversity. As a result, we will see more and more female professionals taking leadership positions in our portfolio companies. It will, of course, make the companies stronger in the short term. I believe it will significantly impact the mid/long term because some want to establish their startups someday. And when they do that, they have a robust startup pedigree, and the VCs will fight about them when they raise their rounds.

There are probably a hundred things that different players should do. But if I would need to pick one easy and simple initiative that would impact the industry, it would be the LP reporting requirements. We added the portfolio gender diversity KPIs into our quarterly LP reports proactively – next to the traditional portfolio KPIs, such as IRR. Even though many of our LPs see gender diversity as a crucial theme, none of them has required us to add the KPIs in the quarterly reports. We aim to contribute to the change with our example because if gender diversity becomes a default reporting requirement (i.e. a contractual obligation) for every VC in the future, I’m sure it will make an impact on closing the gender funding gap. I firmly believe that you get what you measure.

What advice would you give to any female / diverse founders fundraising at the moment?

Reach out to us 🙂

What are your thoughts on the current status of diversity and inclusion in Europe vs. globally?

I feel that Europe and especially the Nordic countries are leading. Of course, it’s easy to say that Europe is more developed if one compares it to the worst, extreme benchmarks in the world. However, it’s important to highlight that Europe is still quite fragmented, and there are significant differences between the European countries.

The Nordics are definitely leading. For instance, when someone outside of the Nordics hears about the Swedish paternity leave law for the first time, today’s typical reaction is something like,” Wow, that’s crazy.” Let’s see how long it takes for the usual reaction to change from that to” Wow, that’s how it should be in our country too!” For those who don’t know: parents in Sweden are entitled to 480 days of paid parental leave when a child is born or adopted. Each parent – should they be two – is entitled to 240 of those days. Almost 90% of Swedish fathers take paternity leave.

Can you share a few female/diverse founder startups that you are excited about?

From our portfolio, I’d like to highlight Single.Earth and its founder-CEO Merit Valdsalu. She has had an instrumental role when the company has raised significant follow-on funding and hired over 70 top-tier talent to join the mission.

Looking outside our portfolio, we just got the first female unicorn founder to Finland when RELEX and its co-founder Johanna Småros raised €500 million at a €5 billion valuation. The media covered the funding news, but the fact that Johanna became the first Finnish female unicorn founder should have gotten more visibility. It’s a significant milestone, and she is a great role model.

What do you think diversity and inclusion in the startup ecosystem will look like in the next few years?

I’m optimistic about the future and believe that the numbers will improve every year. I also think that sooner or later, the major LPs will make it mandatory for every GP to start reporting portfolio diversity KPIs in the quarterly reports and perhaps even making them public.

Amanda Pun
Amanda is passionate about startups, particularly in the FinTech and B2C spaces. She was one of the first employees of fintech startup, Homeppl, and has expertise in Product Management and Operations. She is based in London and originally from Canada.
RELATED ARTICLES
Denmark-Startups