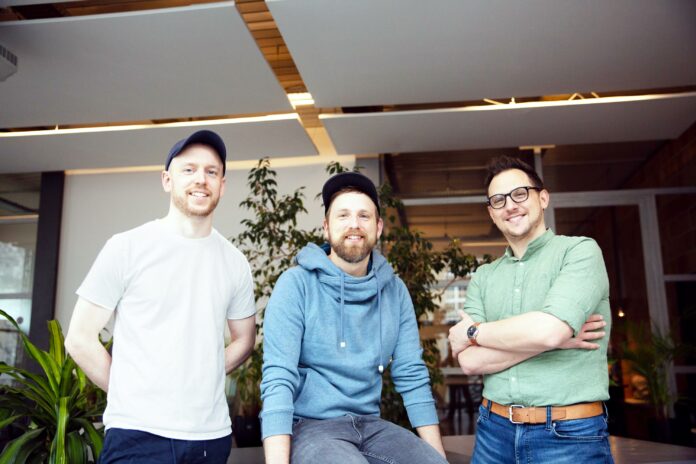 Founded in Belin in 2019, Klima was created by Markus Gilles, Jonas Branau, and Andreas Pursian-Ehrlich with a social impact mission to make holistic climate action easy, effective and accessible and make a measurable dent in the fight against global warming. We recently put the startup on our list of German startups to watch this year, as well as our list of game-changing climatetech startups.

The climate crisis is perhaps the greatest challenge of our time and governments simply aren’t acting efficiently enough to keep global warming at 1.5 degrees. According to Klima, 72% of CO2 emissions are addressable by consumer behaviour – individual action has a massive untapped potential to help close the emissions gap and tackle this crisis.

Klima wants to remove barriers and empower millions to act as a united force for the planet, unleashing the power of individual action.

The climatetech startup’s app allows users to calculate their personal carbon footprint quickly and easily. Users can then offset their emissions by funding certified climate projects with a customised subscription and further reduce their footprint through personalised tips, climate education and detailed impact data that encourage lasting and high impact lifestyle changes.

By focusing on offsetting as well as reduction, Klima combines immediate impact with sustainable transformation. The company picked up €5 million in 2020 and now has active members in over 70 countries and one of the highest retention rates in the consumer app space, Klima has built a loyal global community over the last year.

With this funding, Klima has launched “Klima for Teams” which enables companies to embed personal climate action into their team culture by sponsoring Klima memberships for their workforce, advancing climate literacy, promoting CO2 reduction, and offsetting employees’ personal emissions. With a fast growing number of companies increasing their ESG commitments in light of the climate crisis, Klima for Teams allows companies to include and benefit each employee in these efforts and move from an organisational to a cultural change.

Markus Gilles, CEO and Co-Founder of Klima, said: “We are excited about the journey ahead, especially the launch of “Klima for Teams”. Companies can play a huge role in the culture shift that the climate crisis is demanding. We are seeing many companies that embrace this and want to include their employees into their climate strategy. This allows them to turn climate action from an accounting topic into daily lived culture. We look forward to supporting companies on that journey, with our expertise in user experience, our focus on quantifiably impact, and especially with such strong partners by our side.”

Collectively, the Klima community has already taken more than 70,000 tonnes of CO2 out of the atmosphere, equivalent to 300 million kilometres driven in an average gasoline car. Klima plans to use the fresh funds to increase its climate impact further by building out the new B2B platform, investing in community growth and app improvements, and expanding its presence in the US and DACH region.

Briehan Burke, Principal at Keen Venture Partners, commented: “The Klima team already had incredible success in supporting individuals on their path to reducing their carbon emissions. As companies are taking on more social responsibility and are looking for ways to answer employees’ calls to partake in the fight against climate change, Klima’s B2B offering provides an impactful way to unite their workforce behind the climate cause, and show existing and future employees that their values are aligned.”

Jan Miczaika, Partner at HV Capital added: “The climate crisis is humanity’s biggest and urgent challenge. Millions want to take action but don’t know how. Klima has created a tool that is making immediate and quantifiable action available to everyone. The app stands out through its holistic feature set and leading the field with outstanding and engaging product design. Bringing this experience to teams of all sizes, allows companies to supercharge their climate efforts and is an obvious step to take. We look forward to Klima’s growth journey and to being part of this incredible mission.”