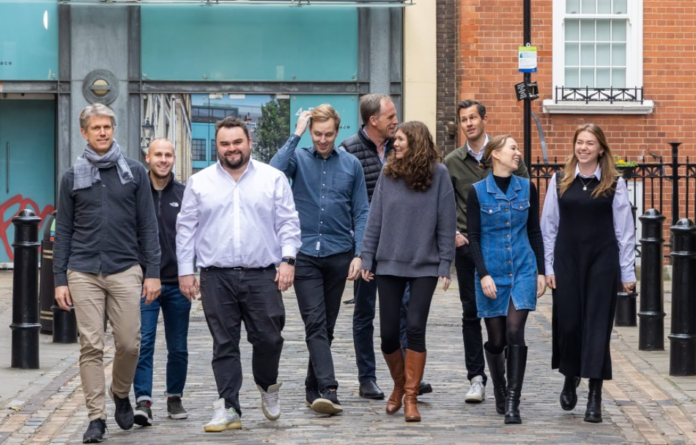 Launched in 2003, Creandum is a Stockholm-based early stage venture capital firm that just announced its sixth early-stage fund, raising €448 million to commit to a new generation of European founders building the tech success stories of tomorrow. Previous funds rank among the most successful of all time, with unicorn investments like Spotify, Klarna, Trade Republic, Cornershop, Kahoot!, Bolt, and more.

General Partner, Simon Schmincke describes how the focus remains on early-stage European founders with global ambitions: “The early stage is where we have always been most comfortable. We commit to founders before the world catches on, before everyone knows it’s obvious. This new fund will continue to back similarly talented product-led founders, identifying the next-gen of European unicorns. In nearly 20 years, we have learned an inimitable amount about what early teams and founders look like that develop products and services the world needs next.”

Keeping an industry-agnostic, product-obsessed approach, Creandum expects to double down on areas like fintech and consumer apps and add significantly in growth areas like the creator economy, energy, web3, metaverse, and climate tech. 1 in 8 of the Creandum portfolio is a unicorn, incl. Spotify, Klarna, Pleo, Depop, iZettle, Trade Republic, and more

Sabina Wizander, who rejoined Creandum as Partner last year, after leading commercials as CCO of Swedish Unicorn, Kry: “In our experience, founders who focus on building the best products still prevail. Those who dare to think in generational opportunities and solutions will succeed by virtue of their burning passion for product excellence.”

Creandum recently opened a London office, joining San Francisco, Berlin, and Stockholm enabling the team to invest in and support startups across Europe and beyond. It has become an early investor in the most funded startups in regions like Spain (Factorial) and Hungary and on occasion, supported European founders in the US – most notably Cornershop, now part of Uber.

Creandum also continues its work in Diversity, Equity, and Inclusion, updating its Diversity Index examining proportions of diversity within the team and portfolio, as well as introducing a new DE&I policy with clear targets and commitments.

Nicolas Ivanovic
is EU-Startups’ new Startup Analyst, focusing on data-driven startup research and evaluations. As part our Startup Sourcing activities, Nicolas is working with corporate clients and investors to help them find the best startups to invest in. Nicolas is a world citizen, having lived in 9 countries across 3 continents. After graduating from Harbour.Space University he chose Barcelona as his home base.
RELATED ARTICLES
Funding