“We need to concentrate on support at every stage of young women’s lives” : Interview with Ekaterina Almasque, General Partner at OpenOcean VC 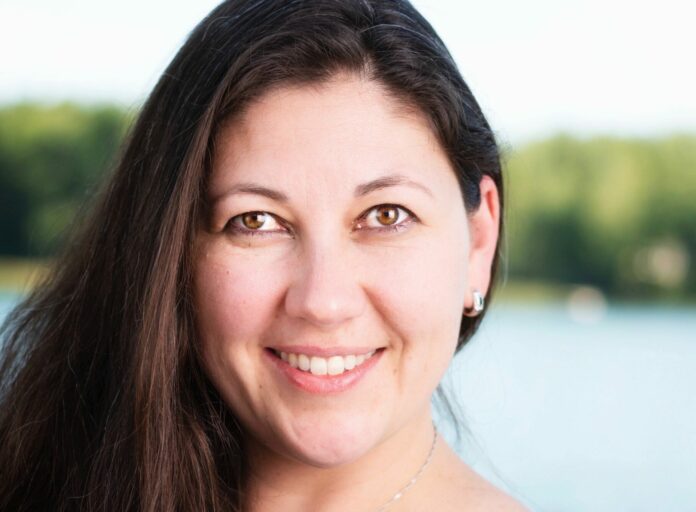 While more women are getting involved in VC, and the sector is opening up, there’s no doubt that venture capital has a gender problem.  Just 1.7% of all capital went to female founders in Europe from 2016 to 2020. Increasingly, we are seeing promising initiatives that are encouraging greater diversity within VC. There are also more women at the upper level of the VC space, providing more representation and inspiration to young women.

One such woman making pioneering steps in VC is Ekaterina Almasque. Ekaterina is General Partner at European Series A VC OpenOcean, and she is a leading voice within European venture capital. Ekaterina was also recently part of the ‘Invest in Women NOW’ report calling for action from the European Commission to address inequities in funding for female-led firms.

We caught up with Ekaterina to talk about her impressive career, the Invest in Women NOW project, and how we can increase diversity in VC.

You’ve had a pretty amazing career and reached some impressive milestones. You’re now General Partner at European Series A VC OpenOcean and part of the ‘Invest in Women NOW’ project. Can you tell us a bit about your background?

I have always been curious about startups. I started my first software company at the age of 17, alongside a few other businesses not involving high-level technology. This was quite rare for the area I was growing up in as it lacked both role models and a history of entrepreneurship.

In terms of academics, I attended one of the global leading Universities in maths and physics, where I graduated majoring in Artificial Intelligence, it was here that I fell in love with the hard-core engineering element of computer science. Following AI, I went on to read a degree in Economics. I have also received an MBA from IMD in Switzerland.

I worked in the high-tech industry for several years. During this time, I worked at companies that launched extremely innovative products, leading global technology standardisations, and I joined the Siemens High Potential Program aimed at training candidates for executive roles. It was at IMD, where I was taken aside and informed about VC and that it was a career perfectly suited to my skill set.

Following this life-changing advice, I joined Siemens corporate VC in Silicon Valley which is where the journey started to take flight.

Can you give us some background to the Invest in Women Now project? How did you get involved in this?

The Invest in Women Now project is aimed at empowering women within the VC industry, specifically around generating more decision-making power. While numbers may not look too severe on paper (there are now far more women in VC, however, this number is still below 50%), women still control less than 10% of the capital. Capital control is the true reflection of power within VC. As a result, we see a lack of equal partners in the funds and a lack of funding for women. We would like to create a far more balanced industry, which would ultimately lead to a much better startup ecosystem as well.

It is fantastic to see the momentum beginning to shift, as I’ve been pursuing this issue for what feels like an extremely long time.

As a woman in finance – an industry traditionally dominated by men – you’ve definitely shattered some glass ceilings. How has that experience been?

Firstly, before I speak about myself, I’d just like to address this in a more general form. Stereotypes and preconceptions prevent people from seeing the facts that women excel in maths, science, computer science and innovations. That’s why I see these glass ceilings as artificially created.

I was lucky enough to have had fantastic mentors, these mentors helped me navigate my way through VC, through my victories and my defeats. Without them, I would not be where I am today. I think my mentors indicate that many individuals aren’t blinded by stereotypes and will nurture talent wherever it comes from.

Seeing more and more female entrepreneurs and executives is such a welcome sight. There is a definite movement in the right direction.

When looking at the specifics, the Scandinavian and Eastern European markets seem to offer more support to women than most. Women have been involved in the high-tech workforces in these markets for a much longer period and to a much larger degree. However, there are still some markets where being a woman in VC is more difficult and balancing needs to occur.

How can ‘we’ (collectively as a society- government, VCs, founders, start-up enthusiasts) encourage and empower more female and more diverse founders?

We need to start at the grassroots level. There aren’t enough young females choosing relevant subjects that will allow for them to move into ventures later in life.

We need to concentrate on support at every stage of young women’s lives. Before my role in VC or being a founder, I was still supported every step of the way, and I believe that this was fundamental to me being where I am now.

Support systems also need to be instilled that encourage women to have both families, and highly demanding careers. They are not mutually exclusive entities, and more change needs to be pursued around this.

It’s been a bumper year for European startups with more investment than ever before. How do we keep this momentum up in 2022 and beyond?

I see the next major step as a woman starting and leading the first multi-trillion-dollar company, overtaking massive enterprises like Apple, Amazon, IBM, and Tesla.

I see women running unicorns and decacorns that are solving real-world issues.

What are your top tips for startup founders looking to launch?

What has been your proudest moment working in VC?

Every success of a company that one has invested in will bring enormous pride, and this isn’t because you were right about the company- but because there is so much joy in seeing the great teams that come together successfully.

It is also an incredible feeling to action change against real-world problems by creating something that has never existed. Adding value and serving society is what venture capitalism is fundamentally about. A few of my examples: GraphCore, IQM, Mapillary, and Sunlight.