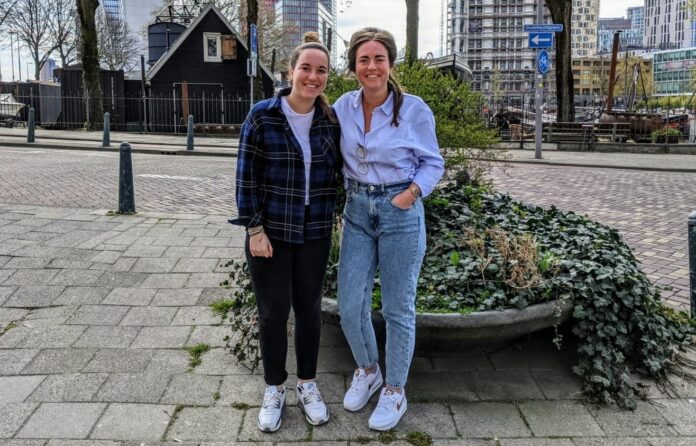 Based in Rotterdam, the inspiration for Equalture came from years of frustration experienced by the sisters while running a recruitment agency. They found candidates being wrongfully and unfairly judged by potential employers based on their resume and appearance, rather than their personality, passions and talents. Equalture was born in 2018 with the aim to address this problem.

We talked to founder, Charlotte, back in 2020 about putting gut aside in hiring decisions.

Charlotte Melkert, Co-Founder of Equalture, said: ‘’In this era of rapid technological innovations that we are living, it is unacceptable that hiring decisions are still based upon subjective first impressions that we allow our own biases to create. In 1482, Leonardo da Vinci wrote the first resume, and up to this day, 540 years later, we still rely on CVs when judging candidates. The most ironic and sad part of this story is that we all know that CVs aren’t predictive of hiring success and heavily increase biases, but still we all stick to this screening method. Just because old habits are difficult to break through.”

Furthermore, it’s a proven fact that diverse teams are good for business, yet too often diverse candidates are overlooked due to hiring bias. Equalture helps companies increase the diversity of their teams by providing all candidates with an equal opportunity to get hired, beyond what is on their CV.

With a library of scientifically-validated gamified assessments, companies can put candidates cognitive skills to the test and get to know the cultural preferences and behaviours of both candidates and their existing team. Candidates take these assessments (they last around 25 minutes) at the beginning of the hiring process – ensuring a first impression that is “based on science instead of gut”.

Pieter Schoen, owner of Shoe Investment and serial entrepreneur, commented: “The enthusiasm and perseverance of the entrepreneurs radiates, and at Equalture I also see the most important investor-rule being confirmed: ‘Eerst de vrouw, dan het gebouw’, a Dutch statement which implies good management is the most important thing in order to build a successful startup.”

With this funding, Equalture plans to further grow its international customer base, and expand its test library of game-based neuro-assessments, helping companies to evaluate their teams’ and candidates’ (soft) skills and behaviours in an unbiased, scientific way.