Norrsken Jobs launches to navigate the grey areas of impact, pairing candidates with the jobs that will make a difference 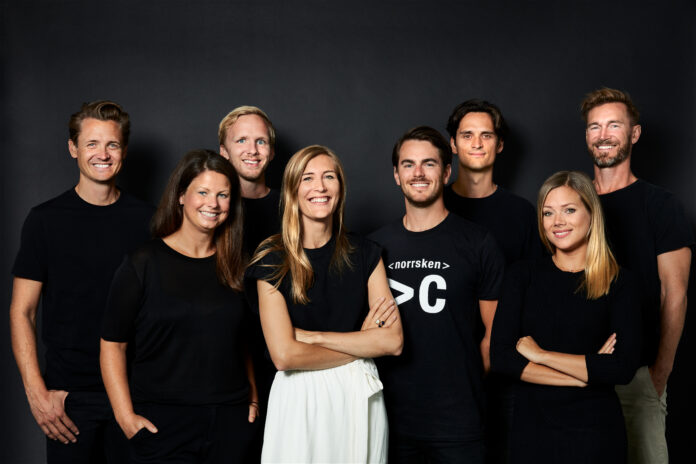 Norrsken Foundation and Norrsken VC have just launched an additional element to their ecosystem as part of the vision to leave a genuine, positive and lasting impact on the world. Norrsken Jobs is a brand new platform that acts like a matchmaking service aimed at pairing the very best talent with impact entrepreneurs and jobs that will genuinely impact the world for the better.

Throughout 2021, companies around the world have struggled to hire the best talent – in large part because employees have reassessed their priorities due to the impact of the pandemic on lifestyles and careers. In addition, during this time of reflection and greater global awareness, more and more of us are looking for more out of our jobs. Job satisfaction, fulfilment and feeling like you are contributing to a greater good are some of the elements most looked for in job searches. It’s estimated that 23% of workers say that doing a job that makes a difference is the most important to their career.

As the old saying goes; love what you do and you never work a day in your life.

However, Norrsken believes that there’s a massive discrepancy between jobs that make a genuine difference and jobs that are currently described as ‘impact-led’. This difference is what Norrsken Jobs is seeking to overcome.

Agate Freimane, general partner at Norrsken VC said: “We see large multinational oil, air-travel and motoring companies advertising jobs in ‘sustainability’ or ‘clean air’, and calling it an ‘impact job’. This is misleading, as these companies are often not making a positive impact on the world. Norrsken Jobs only offers opportunities at companies that are working towards solving the world’s largest challenges, as measured against UN Sustainable Development Goals.”

Sweden-based Norrsken Foundation is an impact ecosystem founded in 2016 by payment services unicorn Klarna co-founder, Niklas Adalberth. Through the Foundation, entrepreneurs can find everything they need to make saving the world their business. The Foundation incubated Norrsken VC, which was launched in 2017, with a core aim to invest in the best entrepreneurs that solve global challenges with tech. We recently spoke to General Partner Agate Freimane about how impact, tech, and profit all go hand in hand for improving our world.

Norskken is a non-profit, non-partisan and non-political foundation that places effective altruism at the heart of its activities. It works with the belief that innovation is our best bet to solve the worlds greatest problems – including poverty, famine, environmental issues, mental health, and integration.

Norrsken Jobs is for candidateis, companies and VC’s. Candidates can search openings at companies that are genuinely impact-driven and are legitimately contributing to leaving a positive impact on the world. They will then be visible to companies across the Norrsken ecosystem – Norrsken VC portfolio companies, Norrsken House members and Norrsken Impact Accelerator alumni – who are looking to hire the best talent.

All companies in the Norrsken ecosystem are evaluated by the Norrsken team to guarantee they are real impact companies. They are evaluated against both the UN Sustainable Development Goals, as well as Norrsken’s internal sustainability and impact framework. From a candidate’s perspective, this helps them be sure that the job they’re applying for will be at a genuinely impactful company.

Viviane Helminen, Head of Talent Acquisition at Norrsken Foundation, commented: “We are thrilled to launch Norrsken Jobs – a one-stop shop for both employers and employees in the impact space. Today, an increasing number of applicants want their work to result in more than a paycheck, but can get deceived by the hiring tactics of impact-negative companies. Our aim is to enable incredible people to join a company with confidence that they are creating real and meaningful impact.”

“The biggest opportunity lies where impact and profit have an equal importance to the company” : Interwiew with Agate Freimane, General Partner at Norrsken...

Advice from a VC: Why creating a sustainable business will put you in front