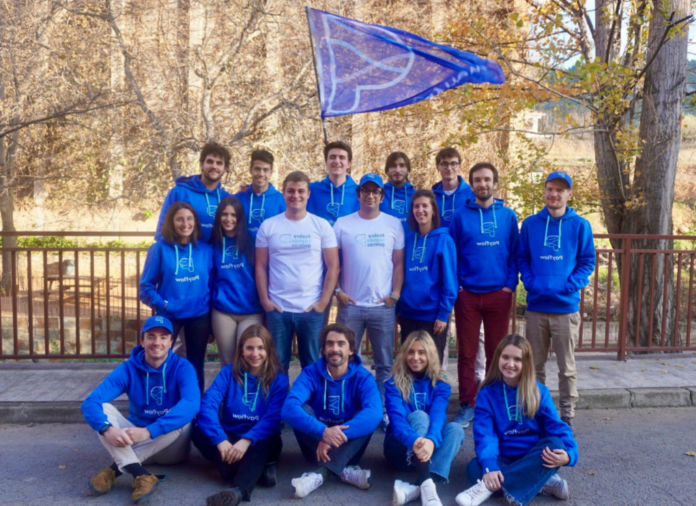 Founded in 2020, Spanish fintech startup Payflow, has just got an €8 million funding boost to support its ambitions of evolving into a neobank that is putting the financial needs of employees first.

The funding was co-led by Entrepreneurs Fund, with participation from Force Over Mass Capital, Y Combinator and Rebel Fund. Additional investors include Spain’s Seaya Ventures and Cathay Innovation.

The fintech group offers an app that allows employees to instantly access earned wages. Their reasoning is that employees work daily and spend daily – so it would make sense that they can access wages more regularly than just once a month.

The skyrocketing Spanish startup is growing fast. In February 2021, the startup landed €2 million as part of its mission to bring financial well-being to employees. In 2021, the company also took part in the annual EU-Startups Summit.

The startup sells its salary-on-demand solution to employers who can then offer it to their staff, charging companies a commission or the tech services, rather than a fee on users withdrawing a portion of their salary early – winning support amongst councils, labour unions, and employees themselves.

Co-founder Avinash Sukhwani, said: “We differentiate from other pay-on-demand companies because we have never charged an employee for using the service (we are the first true employee benefit, fully paid by the company).”

Improving employee financial wellbeing is at the heart of Payflow’s philosophy and its approach is proving popular. The company reports that it has a high uptake of 40% download rate on average, going up to 90% for some clients – this is claimed to be 5-10x higher than other platforms.

Already the fast-growing startup has over 175 clients and 100k users.

Catering across industries, the SaaS business is most popular amongst blue-collar workers. A salary advance might seem like a simple concept, but it truly can make a massive difference to the well-being of employers. It can be the difference between going into debt when unexpected bills and expenses come along and staying afloat.

At the same time, it does go without saying that constant and instant access to wages could be problematic if an employee spends their wages immediately and then arrives at the end of the month penniless.

To this end, Payflow has a  ‘safety limit’ available that employers can use to restrict usage. Most companies set this to about 50% according to the founders.

This fresh funding will be used to drive international expansion and boost product development, with the end goal of becoming a neobank, as the company works on creating a ‘super app’. The expansion will be focused in Europe and LatAm, currently, pilot programmes are running in Italy and Portugal and the platform has fully launched in Spain, Chile and Colombia.