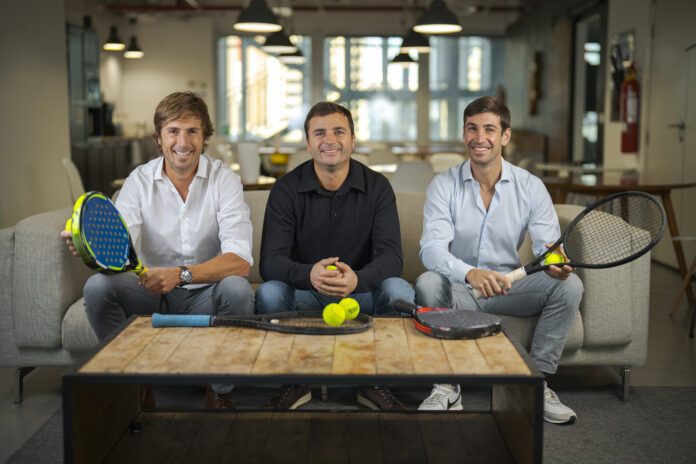 The Madrid-based startup, founded in 2017, by Pedro Clavería, Félix Ruiz and Pablo Carro, began as a booking app for padel courts before expanding into other racket and team sports. With padel becoming a super trend across generations in Europe over the past year, the young company has seen impressive growth.

At the start of 2021, we reckoned that Playtomic would be a Spanish startup to keep an eye on as they closed two funding rounds and also acquired two other SportsTech startups, even throughout the pandemic.

As of November 2021, monthly bookings of courts on the Playtomic app and on its recently acquired platforms surpassed 1 million, roughly triple the number of bookings it registered a year earlier.

The app connects clubs with more than one million active players in 34 countries. Through the app, players can search and book space for padel, tennis, and other sports at more than 4,000 clubs that use the company’s software solutions – making what once was an exclusive membership-based sport, more accessible to all. Groups of friends and families, as well as more seasoned players, are now using the app as a way to have fun and level up their practice.

Digitalization is fairly new to the sports industry and Playtomic is offering an exciting initiative to speed up the process and bring their solution across Europe.

Pedro Clavería, founder and co-CEO of Playtomic, said: “While clubs are starting to embrace digitalization, the user experience for racket players in much of the world remains subpar. Playtomic’s mobile application for players and software for club owners helps make match-making and the booking experience frictionless, and with the additional funding from GP Bullhound and our other partners, Playtomic is in a strong position to further expand our services into new markets globally”.

We had the chance to speak to Pedro last year about his expectations for the sports tech industry and how Playtomic had grown its presence in 20+ countries and 2000+ sports venues. You can check out his interview here.

Currently, with a team headcount of 150, the young sports tech company plans to use this new funding boost to grow its technology and product development team from 50 employees currently to as many as 150 over the coming months. Playtomic is building out its software-as-a-service solutions for sports clubs and it is developing a premium subscription service aimed at power users of its app. It is also adding social features to a community of more than one million active monthly users – keeping sports social as well as competitive.

Playtomic will also continue to invest in expanding the company’s footprint in Europe and beyond.