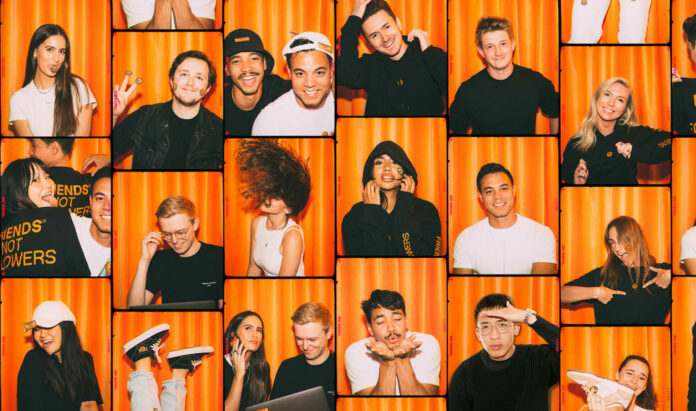 Lapse has just closed a €9.7 million seed round for its photo-sharing app that enables groups of friends to avoid the pressures of social media. The London-based startup launched its app on an invite-only basis in September 2021 to 150000 users on its waitlist and managed to hit number 1 on both the UK and US App Stores.

The funding is led by Octopus Ventures and GV (formerly Google Ventures). Also in the round are Speedinvest and a number of high-profile angels – including Soleio Cuervo, the designer who invented Facebook’s Like button.

Founded by two brothers, Ben and Dan Silvertown, Lapse lets friends in group chats take photos together, all of which are a mystery until they ‘develop’ the next day – bringing back the nostalgic film camera experience on a digital platform. A million snaps have been taken on Lapse despite being live less than a month, with some users taking 200 snaps per week.

Inspired by the experience of using the old-school point-and-shoot film camera whilst on a backpacking trip, the app aims to bring people back to the days of living in the moment when taking and sharing photos, rather than being overwhelmed by the pressure of social media. In today’s society of insta likes, more and more (particularly young) people suffer from anxiety when sharing photos, triggered by superficial metrics and the pressures of public networks.

Ben Silvertown, co-founder of Lapse, said: “Lapse doesn’t let you review, edit, or curate photos in ways that other platforms encourage. The focus is on enjoying the moment, rather than trying to showcase it. People are taking and sharing photos on Lapse of things they never would have otherwise. By removing the pressure for perfection and the mental barrier when we review photos, a whole new world of more ‘real’ photos gets unlocked.”

Lapse users create private chat groups with friends, with each group having a “roll” of 36 shots, like a roll of photographic film. Anyone in the group can take photos on that roll, but nobody can see any of the shots until they are “developed” 24 hours after the first is taken. The full roll then appears in the chat as an animated montage called a Lapse. Group members can react to and comment on photos, and save or export individual shots or the full Lapse. To add to the point-and-shoot experience, all shots are processed in-app using Lapse’s proprietary image processing engine, designed and tested with more than 30 professional photographers to replicate the distinctive appearance of film.

Dan Silvertown added: “The social media landscape is becoming more ‘media’ less ‘social’. Public platforms such as Instagram and TikTok are so creator- and influencer-dominated, your real friends are drowned out. Our vision with Lapse is to own the other end of the spectrum, where sharing is more relaxed, intimate, and intentional – genuinely social, not just for likes.”

In an increasingly social-media dominated world, the Silvertown brothers are offering an innovative new social media that is sure to bring back some authenticity to photography with friends and family.