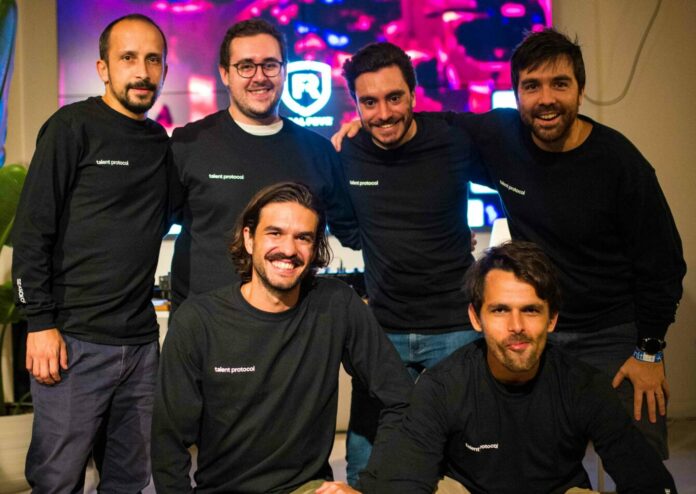 With a vision to rethink the way we engage professionally with each other, Talent Protocol – a talent tech startup from Lisbon – has just raised €1.5 million and launched the beta version of its platform.

The funding comes from Protocol Labs, Good News Ventures and Flori Ventures, among other investors.

Founded in May 2021, Talent Protocol is a web3 platform where talent can use tokens to bootstrap their career, and users can back the people they most believe in.

The so-called ‘Talent Tokens’ are like purchasing shares in someone career, where both undiscovered talent and their supporters get paid dividends over time. Users of the platform can buy tokens within minutes using crypto or a credit card to back up-and-coming leaders and accelerate their careers – examples include Andrea Solomonides who wants to become the first female President of the Republic of Cyprus, and Abel Rodrigues, a climate activist from the Amazon.

In the first month, the platform launched 50+ Talent Tokens and is gradually distributing invites to the more than 5000 users on the waitlist to buy those tokens, access exclusive perks and earn weekly rewards.

Filipe Macedo, CMO and Cofounder of Talent Protocol, explained: “Talent Tokens are an unbreakable bond recorded on the blockchain, which bring deeper financial, social, and emotional alignment between a talent and its early supporters. From single-player careers to multiplayer journeys, where success is collective.”

With the new funding, the young startup will grow its team, hiring developers and a designer to build an inclusive and seamless user experience.

Share
Facebook
Twitter
WhatsApp
Linkedin
Previous article
London-based CIRCA5000 crowdraises €4.5 million for its impact investment app
Next article
Top 10 books to have under the tree for startup enthusiasts this Christmas