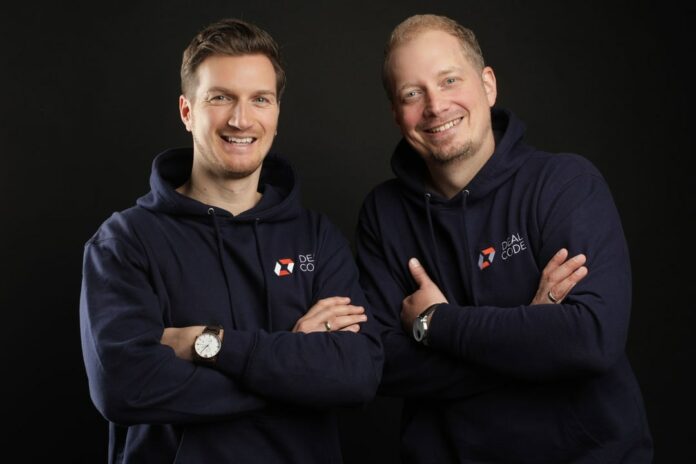 Offering an AI guided selling solution, Hamburg-based Dealcode has just raised €1 million in pre-seed financing. Hamburg Investitions- und Förderbank (IFB) has chosen the company as the recipient of its InnoRampUp grant awarded to highly innovative technology startups. The early-stage investor APX, a joint venture between Axel Springer and Porsche, as well as the founder of Facelift, Benjamin Schroter, are investing as well.

In development since April 2021, Dealcode first launched its offering in September and already is serving clients such as Casavi, Facelift and Altium. Their pioneering product rests on the premise that machine learning algorithms can automatically guide sales teams towards a faster closing of better deals – overall raising success rates and revenues.

AI guided selling is a fairly new kid on the block but has already been cited as a tech megatrend for the future. Using data and algorithm-based tools in order to speed up sales processes is certainly gaining traction. With viable sales tools like fairs and in-person client visits mostly paused, Covid19 has only increased the pace to move towards AI solutions.

When connected to CRM tools, Dealcode’s AI analyzes more than 150 variables in existing client sales data in order to detect patterns that allow for individualized, specific guidance. The SaaS solution indicates which deals appear to be most promising, how to speed up deal closure and where to focus for maximized revenue. The one of a kind “deal code” for every client relationship suggests ideal next steps and the most promising sales tools mix and results in a 50% increased likelihood of closing a deal successfully.

Alexander Weltzsch, CEO and Co-Founder of Dealcode, said: “We know that there’s a real upside for our clients’ businesses and that demand for a solution like Dealcode is huge – which is why we are seeing six figure-revenues a half year after we have launched. We are looking to scale our product and sales as quickly as possible which is why we are delighted to know partners like APX, IFB and Benjamin by our side for this next phase of growth”.

After seeing such fast-paced growth over the past six months, the tech startup aims to now internationalize its business in the early months of 2022. Austria and Switzerland will be the next markets the company launches into before more European expansion planned to follow in 2023 and later moving into the US. To support the international rollout, 100 jobs will be created.