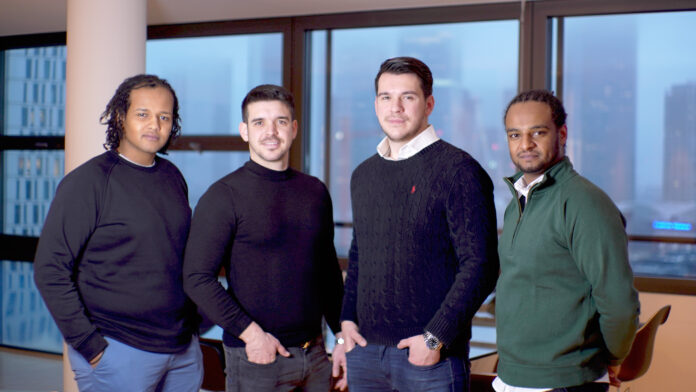 Founded in Frankfurt in 2020, Grovy is a daily delivery grocery retailer that is on a mission to become a market leader through taking pioneering approaches – namely focusing on developing a positive and fair work culture, empowering staff and a non-wavering commitment to sustainability.

Europe has seen a massive boom in the rise of same-day (and same-hour) grocery delivery. It’s a market that is producing European unicorns, but, there have been and still are many challenges to overcome and it’s a market that is arguably facing a bad reputation.

Many delivery companies depend on gig workers, who are often underpaid and overworked. In addition, often players in the industry are still relying on significant mark-ups, which can be as high as 20%. And what’s more, supply chain inefficiencies and food waste have plagued the grocery industry for decades, leaving plenty of room for improvement in sustainability.

Grovy is entering the market conscious of these problems and with a conviction to change the game.

Grovy leverages a network of strategically located dark warehouses to bring supermarket products to people within 10 minutes. Key to Grovy’s success in the German cities of Frankfurt and Mainz has been the attention to detail and ultra-high levels of standard when it comes to customer service, fair treatment of workers, as well as a focus on sustainable practices. Additionally, while a 15-20% markup from supermarket prices is normal in grocery delivery, Grovy has pledged to never go beyond a 5% markup.

Justin Adam, co-founder and CEO of Grovy, said: “Frankfurt and Mainz, with their high demand for quick commerce solutions, served as the perfect sandbox. But rather than replicate our model in other German cities, we are bringing it to larger cities across the CEE region, where 10-minute delivery is still a novelty and the potential to scale is massive. There are millions of urbanites in the region who can benefit from not having to stand in line at the supermarket every other day.”

The innovative startup wants to stand out from the growing crown of European e-commerce companies. They are doing so through two core principles: not hiring ‘gig workers’ and an ingrained commitment to sustainability.

Regarding each of its 250 full-time employees as important members of a holistic team, the company sees work culture as key to providing customers with a high level of service. Grovy delivers only on bikes and EVs, sourcing from renewables whenever possible. The company is also participating in a carbon offset program and makes every effort to lessen the use of plastic throughout operations. It also offers discounts on “ugly” produce and soon-to-expire perishables, helping to cut down on runaway food wastes. By working with food waste startups such as Too Good To Go, Grovy is able to keep food waste under 1%, in an industry where 30% food waste is not uncommon.

As for customers, don’t worry if you don’t have a corkscrew when you order a bottle of wine to enjoy with a picnic in the park- they’ll bring you one.

Using a dense network of dark stores in urban centres, the grocery marker disruptors can ensure no rider is further away than 8 minutes from their destination, as well as proprietary technology to ensure inventory accuracy and that products (currently over 2,000 SKUs) can be found within 90 seconds. Grovy purchases have no minimum order value, instead using a flat delivery fee that is waived for orders above €40. Should bad produce such as a bruised tomato arrive, customers can easily report it and get a replacement delivered within 10 minutes.

The startup has already established traction in the German market and will use these fresh funds to accelerate expansion into Eastern Europe, beginning with growing current operations in the Czech Republic and Romania, as well as Poland and Hungary, with a presence in Warsaw and Budapest in the first half of 2022.