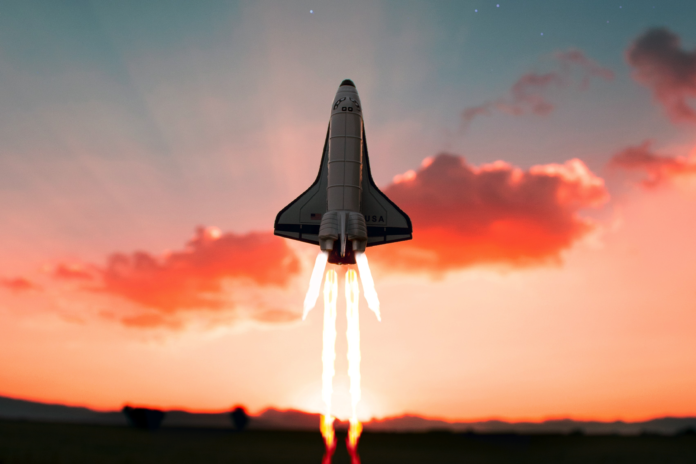 With European tech funding reaching more than €100 billion in 2021, according to the European Tech Report 2021, Europe seems to be on the right track to becoming the tech hub it has been dreaming about for so many years.

We are also seeing many more European unicorns – most of them in fintech, e-commerce or speedy grocery delivery. The likes of Northwolt represent this trend – the Swedish sustainable battery startup is differentiating itself from the crowd with its solutions and reached a total funding of €1.7 billion this June.

The European Tech Report also shows that planet positive and purpose-driven startups are beginning to be taken more seriously. Investment in the sector rose to 11% of the total funding, climbing at twice the rate of overall investment into tech.

While the tech scene is undeniably booming, we shouldn’t get complacent. The road ahead might be still a long one. Europe needs to build much more than fintech and grocery delivery startups if it really wants a global startup ecosystem that’s a force to be reckoned with.

So, what can Europe do to further grow the startup scene? Is it about attracting more talent, investing in more sustainable and purpose-driven startups? Or, is looking more into deep tech, such as solutions for space travel, an option?

Diving into space tech could be a promising way to boost Europe’s reputation for startup success. The continent has a long history in the industry and also has the talent and expertise needed to expand. Its also a massive growth area worldwide, providing solutions for future sustainability.

NASA aims to land astronauts on Mars in the 2030s, however, it has some competition in the race to get there. Both Boeing and SpaceX hope to get to the Red Planet first, with SpaceX setting the lofty goal of arriving in 2026. It’s a sector that is on fire – competitive and growing at a fast pace.

With this in mind, let’s take a look at some of the European startups trying to create a dent in the universe with their space travel or related solutions.

The Exploration Company is first up on the list. The company was founded just this year in June and it has already closed an oversubscribed seed round of €5.3 million. The funding round was led by Promus Ventures, with co-investors Vsquared and Cherry Ventures. The startup’s team is made of former and experienced Airbus and ArianeGroup employees with a mission to make space exploration affordable, available, and open. Headquartered in Munich, the young company develops a group of reusable spacecraft that fly around the Earth, go to the Moon, and come back.

Next up is Leaf Space, an Italian startup focused on microsatellites that raised a Series A round of €5 million at the beginning of the year, bringing its total funding to €10 million. Leaf Space is using the funds to further develop its ground segment services for microsatellite operators in the ‘NewSpace’ economy and globally scale up its business. Founded in 2014, Leaf Space is focused on creating satellite telecommunications as-a-service.

The now older kid on the block is Oxford Space Systems. Oxford Space Systems (OSS) builds satellites, including deployable antennas and structures, that are lighter, less complex and cost less than those that are currently available. The UK-based company has raised a total amount of  €11.34 million since its launch in 2013.

We continue with the Finnish SpaceTech scaleup ICEYE.  ICEYE designs, manufactures and operates its SAR satellites in-house, with manufacturing timelines brought down to months for its spacecraft. The young company has raised a larger than planned round of approx. €74 million Series C funding, led by return investor True Ventures and additional investment of OTB Ventures in 2020. Founded in 2015, ICEYE has so far successfully launched 5 satellite missions and is on course to launch at least an additional 8 by the end of  2021. To date, ICEYE has raised a total of around €129.3 million in financing.

And last but not least, the Estonia-based startup UP Catalyst. The startup began this year to boost their novel way of oxygen production for space travel to Mars, with the support of the European Space Agency. UP Catalyst’s innovative carbon capture method works in the same way as the better known Nasa’s MOXIE and even at the same temperature. The difference is that UP Catalyst is reprocessing the carbon dioxide into valuable carbon nanomaterials. The produced nanomaterials could be used in various fields of the space industry, e.g. in battery and ultracapacitor technologies, conductive and strengthening coatings, polymer formulations, water filters etc.

Veronica Fresneau
Veronica Fresneau is a tech and startups enthusiast, and an advocate for women in tech, startups and VC space. She has more than fifteen years of Marketing & Communications experience in several EMEA markets. Veronica is currently based in Amsterdam, where she coordinates marketing & comms for Europe & LATAM for Rockstart, early stage accelerator-VC.
RELATED ARTICLES
France-Startups