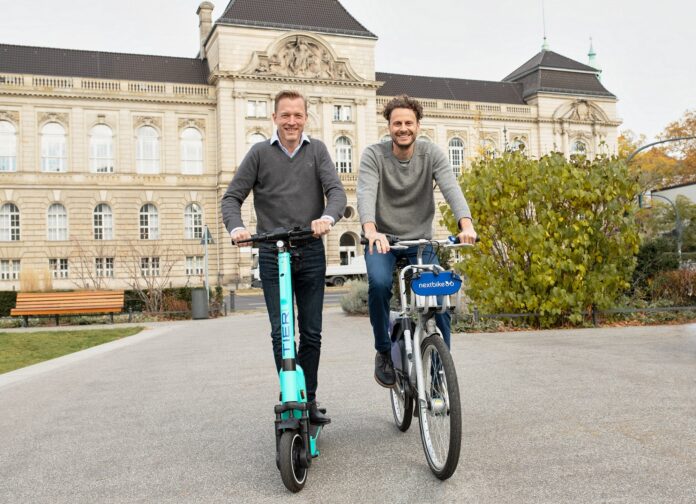 With the acquisition, TIER has expanded its portfolio of shared, light electric vehicles with rental bikes and e-bikes, and it becomes the leading micro-mobility provider in the world. Meanwhile, nextbike can now leverage TIER’s innovative strength and financial power, which was recently further bolstered by a recent Series D financing round of €172 million.

The combination of the two companies will create Europe’s largest and most diverse micro-mobility provider, boasting more than 250,000 vehicles across 400 cities. The acquisition will also establish the industry’s first truly multi-modal platform across bikes, e-bikes, cargo bikes, e-scooters and e-mopeds in free-floating, station-based and hybrid sharing systems. This gives users a much greater variety of choices for sustainable transport.

Lawrence Leuschner, CEO and Co-Founder of TIER Mobility said: “The acquisition of nextbike – with its unrivalled experience and relationships across hundreds of cities – is a unique opportunity to take bike-share to the next level, getting more people out of cars and offering the most sustainable mobility solution.”

This news comes in what has been a very successful year for TIER. The company, founded in 2018, has expanded its presence to 16 countries in Europe and the Middle East, with market entries in Hungary, the Netherlands, and Bahrain. The major investment in bike-share follows TIER committing heavily to e-bikes in recent months, with launches in London and Stockholm as part of an expansion of its e-bike service across six countries.

nextbike also looks back on an eventful year and has further consolidated its position as a bike-sharing market leader with a 50% increase in usage. In total, 60 projects across 17 countries were supplied with new bikes in the last 18 months. In September, the city of Vienna awarded nextbike the contract for the realisation of the new “WienMobil Rad” with over 3,000 bikes.

Leonhard von Harrach, CEO nextbike, said: “Since 2004, we have been providing sustainable mobility to hundreds of thousands of people every day and have established bike sharing as a component of public transport worldwide. We decided to partner with TIER because there is a significant common ground in the corporate culture. Above all, however, we are united in our mission to make cities more liveable with our mobility services and to do something about traffic congestion, pollution and noise.”