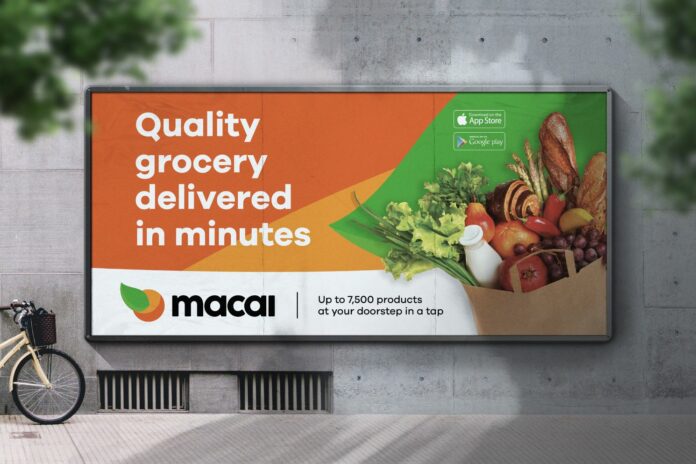 Macai, a Milan-based grocery delivery startup launched earlier this year, has just picked up a €2.6 million pre-seed round. This is the largest ever in the Italian market, and an important milestone for the local and European ecosystem, representing a change in our shopping habits.

Defining itself as a “full grocer in the q-commerce space”, the startup envisions a completely digital supermarket – focusing on offers, rather than speed. Macai aims to be able to dispatch up to 7,500 product types to customers in a matter of minutes by having a network of so-called dark stores strategically placed in urban centres.

Retail prices and speedy eco-friendly delivery are some of the ingredients of this Italian startup, with a long term mission to reshape the grocery shopping experience.

The focus on offer rather than speed makes this a pioneering offering to the q-commerce space, which up to now has been dominated by the speed of delivery rather than the selection.

Lumen Ventures led the funding round alongside Plus and Play Ventures, as well as Cats.VC and private investors from Europe.

CEO and Co-founder, Giovanni Cavallo stated: “This pre-seed round will allow us to build a great team, launch the first dark stores in Italy and start developing the technological infrastructure that will enable us to truly innovate the painpoint of this industry: the supply chain.”

The fresh company believe in the importance of team and culture in boosting success, and so are building their team with executives who have experiences in leading companies such as Amazon and European unicorn, Glovo.

Now operating in Milan and Turin, the company will be launching more dark stores in Northern Italy over the next weeks. The long-term goal is to become the main player in Southern and Central Europe – a market worth around €2.2 trillion. Macai will also look to international expansion before mid-2022. Funding already in motion will enable the company to expand whilst simultaneously building its team and infrastructure.