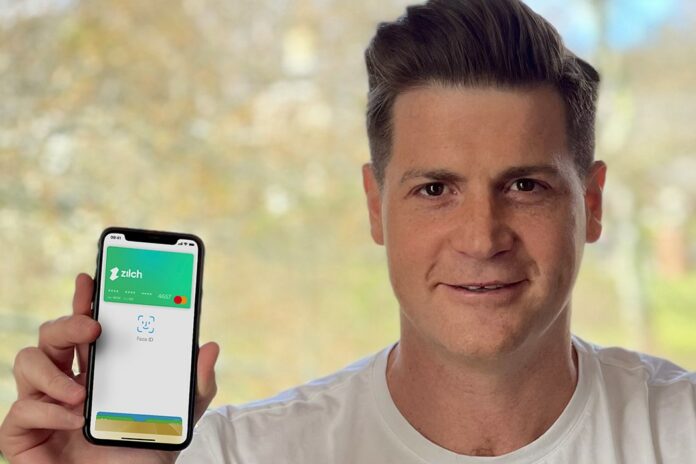 London-based fintech company, Zilch, has today announced they have secured €95 million Series C funding round reaching a value of €1.7 billion.

The fintech business is now the fastest growing company in Europe to reach unicorn status, going from Series A to unicorn status in just 14 months. The funding round was led by Ventura Capital and Gauss Ventures, with numerous other notable investors having supported funding during the company’s growth, such as Goldman Sachs.

Redefining the Buy Now, Pay Later (BNPL) space, Zilch offers a unique over-the-top platform that is the first of its kind, and utilises sophisticated Open Banking Technology whereby they only lend a user what they can afford to pay back, preventing problematic debt. The startup is growing at lightning speed with more than 185,000 new customers registering per month, making it one of the fastest-growing BNPL in the UK.

Zilch began Series A funding in September 2020, and has since leapfrogged other high-flying scale-ups to become a double unicorn in just 14 months, faster than any other in the Europe, including the likes of high-flying Cazoo. This growth is unparalleled in the BNPL industry, and since the most recent funding round in March 2021, the business has grown 8-fold. In addition, the scale-up’s customer base has grown from 0 to 1 million in just 13 months, a far accelerated pace to competitors such as Affirm, Klarna, and Revolut.

Zilch operates with a direct-to-consumer model which allows the company to  build direct relationships with customers, and scale significantly faster than competitors, with a deployment strategy that is not restricted by borders and is merchant agnostic. Zilch allows both debit and credit transactions on its platform and as a result, its customers make use of its services more times in a month than some customers use competitor services in a year.

Commenting on gaining Unicorn status, Philip Belamant, founder and CEO, said: “It’s really been phenomenal to watch customers adopt our product at such significant speed. Our entire 200+ team is truly humbled and grateful for the opportunity to serve millions of customers daily and rest assured we are all working around the clock to delight them”.

With the new funding, Zilch is gearing up to launch in the USA, and has already made significant progress since opening offices in Miami. The young company has already secured a lending license in California earlier this year, and has partnered with financial companies Cross River, Margeta and Checkout.com. Zilch has significantly grown its headcount by over 10 times in 2021 and has 210 staff across its offices in London, Miami and Krakow. Following the acquisition of US lending fintech NepFin, Zilch will also be hiring a further 150+ people in the US over the next 12-18 months.

Speaking on the funding, Mo El Husseiny, Managing Partner at Ventura Capital commented: “It’s not very often that you come across a business with a phenomenal business idea, outclass technology and the equivalent execution. Zilch has all of the above and the hypergrowth proves it.”

The young fintech business is paving the way in responsible spending, and was one of the first BNPL providers in the UK to receive a consumer credit license from the FCA. Zilch is built upon responsibility and is the only player in the industry that uses Open Banking technology combined with soft credit checks to gain a real-time view and understanding of the consumer’s affordability profile and make an accurate recommendation of what they can afford, preventing problematic debt. Zilch is also unique in being the first BNPL provider to launch a debit feature – Zilch Now.

Belamant stated that, “Our unique business model, which is built on regulation and places consumer financial wellness at the heart of our operations, has created a revolution in the BNPL industry. We’re excited about this major milestone but realise that the job is nowhere near done and this really only marks the beginning of our growth journey as we aim to become the best way for consumers to pay for anything, anywhere.”