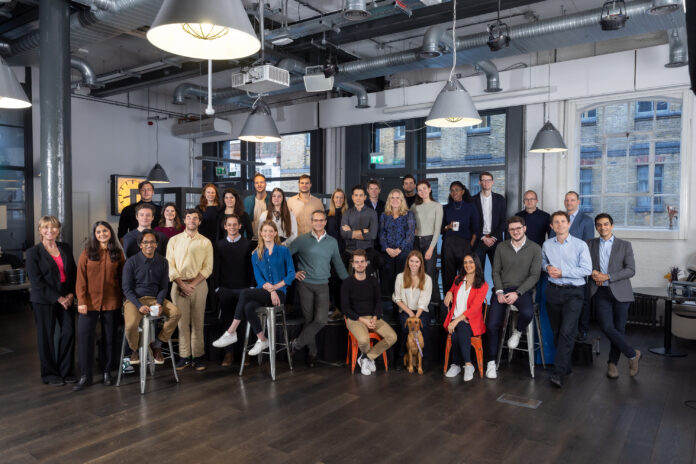 London-based Balderton Capital has raised its second fund of 2021, and their largest-ever fund for early-stage startups, of €529 million. The fund is part of a wider mission to be the leading provider of venture capital and founder support to European startups with global ambitions.

Earlier this year the firm launched an ‘early growth’ fund to invest in future tech giants born in Europe.

Founded 21 years ago, Balderton Capital has made almost 300 investments and has extensive experience backing founders from seed to growth stage across Europe. In 2021, the company has invested in 20 new startups in sectors ranging from reproductive health and instant commerce to data labelling and gaming.

Balderton’s portfolio companies have collectively raised more than €5bn in follow-on funding this year to date, almost double what was raised in 2020. The firm is now actively deploying over €1 billion across Europe and has one of the continent’s largest investment teams. This all makes for a very exciting time for the investment firm, as well as Europe’s emerging industry disruptors.

Bernard Liautaud, Managing Partner at Balderton Capital, said: “Balderton Capital is a very different firm than it was 12 months ago. We have not only launched two new funds, but have grown and strengthened our team. We have entered a new era in which we will be able to operate at a different pace and with a broader view of when we can support founders. Our transition from Europe’s leading Series A investor to a multi-stage fund gives us more firepower and flexibility and helps us to uncover more hidden gems among Europe’s startups.”

Europe is currently on track to raise a record €61.7 billion of venture capital investment by the end of the year. With the newly announced fund, Balderton Capital has committed to nurturing the next generation of global tech companies from the region. The firm has raised close to €1.7 billion since 2018 in four separate funds and employs more than 26k people in 50 countries around the world. This fresh fund will be managed by the team of 25 working across Europe and represents a massive boost to the European tech space.

General Partner Suranga Chandratillake said: “While our job may not have changed, Europe has – we are excited for the thriving ecosystem we find around us with more talent, more capital and more ambition than at any time in our history.”

Aside from providing injections of capital, the global firm also benefits its portfolio companies with its Build with Balderton platform of talent, marketing, finance and legal services. The aim of the platform is to give founding teams the help they need to scale, including access to operational and functional services and an active community of peers

In addition, the company is committed to underpinning sustainability and fairness in its company values through publishing its Sustainable Future Goals. These goals are designed to reduce environmental impact, increase social diversity, and improve internal governance.