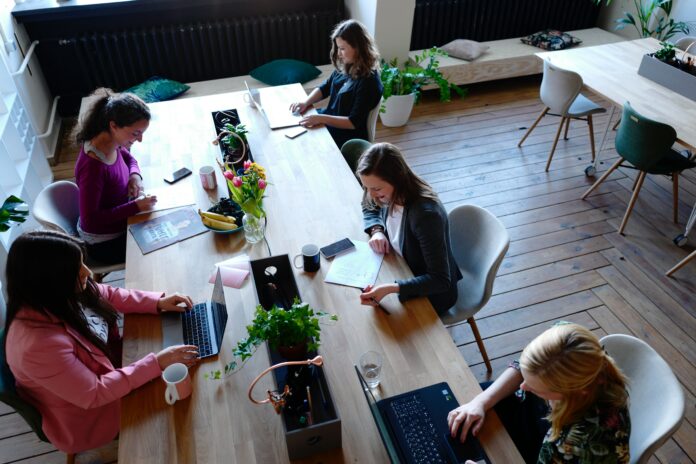 The financial services industry is historically a male-dominated industry and too often there are still stories of diversity issues and workplace sexism coming from this sector.

Diversity issues centring around the lack of representation at leadership and executive levels, men getting preference for promotions and progressions, gender pay gaps, and the lack of VC funding going to teams with female founders have contributed to the fintech industry getting a poor reputation for diversity and gender inclusion.

Women need to have a voice and be part of building innovative financial solutions to serve society – after all, women make up more than half of the total population in Europe. Financial inclusion and financial freedom can only happen if the whole population is represented. Europe has 149 top fintechs and only 12 female CEOs.

Thankfully, there’s been some positive movement in this industry and the state of diversity in fintech is slowly but surely progressing. Today, 13% of European fintechs have female founders.

To put a spotlight on female fintech trailblazers, we’ve compiled a list of some of the most successful female-founded fintechs that have set the path for the next generation of women to follow in their footsteps.

We are hopeful that this momentum will continue and eventually gender balance in fintech will reach an equilibrium. For the fintech industry to continue this trajectory, the industry needs more women in leadership and board-level positions and a more supportive ecosystem for women to start fintech companies, including better funding and mentorship opportunities.

Starling Bank – Starling Bank is a leading digital challenger bank from the UK and is widely recognised as the poster child of female leadership in fintech. Founded in 2014 by Anne Boden with an aspiration to reinvent financial services, and with over 2.5 million customer accounts opened – she has successfully accomplished that. Starling is transparent about its gender pay gap figures and recognises that more progress needs to be made internally. 43% of senior leadership positions are held by women at Starling.

Lovys – Lovys offers the first digital, all-in-one flexible insurance in France. They are reinventing the user experience around subscribing for insurance and making a claim transparent and simple. Customers can manage their home, car, pet, and gadget insurance on a single platform. Founded in 2017 by Elise Moutarlier and Joao Cardoso, they currently have 95 employees. To date, they have raised €29 million.

Azimo – Azimo was founded in 2012 to make it faster, cheaper, and easier for people to remit money back to their home countries. They aimed to disrupt the legacy high street remittance services that were expensive and inefficient. Their original founder team consisted of Marta Krupinska who is a serial entrepreneur and currently Head of Google for Startups UK. Headquartered in Amsterdam (previously London before Brexit), they currently have over 2 million customers and support 80+ countries.

Mambu – Mambu is a SaaS banking platform that powers lending and deposit services through APIs. They work with both new fintechs to launch new services and established financial institutions to help build upon their existing banking and tech stack. Founded in 2011 by Eugene Danilkis, Frederk Pfisterer, and Sofia Nunes. Mambu is headquartered in Berlin with 800 employees around the world. After their Series D fundraise earlier this year, they are valued at approximately €1.7 billion.

Billie – Founded in 2016 in Berlin by Aiga Senftleben, Artem Demchenkov, Christian Grobe, Matthias Knecht. They are on a mission to reinvent working capital management for SMEs by offering innovative lending products, including fully automated invoice financing solutions and helping SMEs to secure better payment terms. They have raised a total of €129.7 million, most recently their Series C in Oct 2021.

Molo – A digital mortgage lending platform that leverages technologies like AI to make mortgages more efficient for customers. Founded by Francesca Carlesi and Leo Grünstein in 2016 and headquartered in London. To date, they have raised a total of €320.6 million.

PensionBee – PensionBee combines their customer’s old pensions into one new online plan and a platform for consumers to track and manage their pension. Headquartered in London, they were founded in 2014 by Romi Savova. PensionBee exited in 2021 with an IPO on the LSE at a valuation of €432.9 million.

Pollinate – Pollinate is focused on reinventing merchant acquiring for banks around the world. They help banks to understand and engage with their customers better and build stronger relationships with their merchants and consumers alike. Founded in 2019 by a team of experts hailing from financial services, merchant acquiring, and consumer loyalty. Pollinate is based in London with over 130 employees, they have raised a total of €258 million.

Fluidly – Fluidly is rethinking the way businesses plan and manage cashflow. Their automated tools provide intuitive cashflow forecasting and management powered by data science, machine learning, and accounting domain expertise. Founded in 2017 by Caroline Plumb. Fluidly is based in London with 50+ employees and have raised a total of €18.3 million.

GoHenry – A banking platform for young people to enable them to take part in the digital economy. They offer web and mobile apps with a debit card with parental controls to help give young people financial independence with guidance. To date, they have over 1.5 million members, 188 employees, and they have raised a total of €78.5 million. 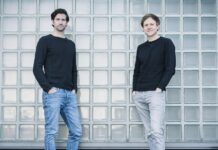 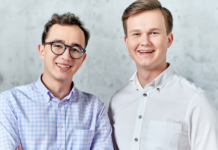