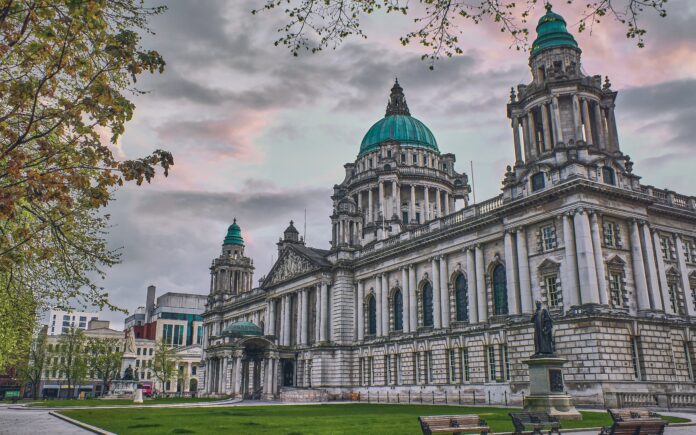 Belfast, a city of 280k inhabitants, is on the rise amid the tech startup scene. In the past 20 years, the city has enjoyed an upward swing of industry growth and booming tourism. Known for its lively pub scene, friendly culture, and being a top Game of Thrones filming location, Belfast is forging a new up-and-coming reputation for itself.

Employment has been rising steadily, and with two well-esteemed universities and the highest level of degree completion in the UK, the city is now home to a talent pool that outside investors are looking to put to work. The Northern Irish capital also benefits from both UK and EU connections, as well as having strong links to the USA.

As a result, Belfast is an ever-increasingly popular hub for businesses specialising in cybersecurity, fintech, and health tech. Northern Ireland is also the #1 location in the UK and Ireland for full-fibre access and a rapidly expanding 5G network.

The Northern Ireland tech startup scene has grown significantly over recent years and it looks to be a trend that is there to stay.

We wanted to put a spotlight on the startups that are bringing Belfast to the European startup ecosystem.

This list focuses on startups that have launched since 2018.

by husband and wife team Orla and Shane Harris​​, SideQuest has quickly grown to become an important part of the VR developer ecosystem. The company’s offering is completely free for users and developers, allowing them to access content not yet available on the Oculus Store, providing an area for developers to validate their content and kickstart their communities. SideQuest now sees more than 1 million monthly users and are currently on a €2.6 million seed round.

– launched in 2018 by former Irish rugby player, Andrew Trimble alongside co-founder Gareth Quinn, Kairos offers a unified digital planning platform that is dedicated to helping elite sports teams across the globe maximise their preparation and performance. Currently, on a €1.8 million seed round, the company has its eyes set on global expansion and this year was accepted onto the US Techstarts Sports Accelerator programme.

– Bringing the world of next-generation AI-powered autonomic video monitoring to agriculture, CattleEye was founded in 2019 by Terry Canning. The innovative company uses artificial intelligence and video analytics to deliver the world’s first-ever hardware-independent autonomous livestock monitoring platform. CattleEye has been working alongside leading retailers such as M&S and Tesco to pilot the technology, with half a million cows in the UK expected to be on the system by 2025. In September 2021, the startup announced that it has secured €2.1 million in a seed funding round led by Techstart Ventures.

– Founded in 2018, with Cathy Craig, Professor of Experimental Psychology at Ulster University, as CEO and co-founder, INCISIV Sport is an innovative company that has developed a platform that uses in-game VR to precisely control what athletes see and hear, and can then, using body-based sensors, accurately measure their responses. Their products use the power of virtual reality to both measure and improve performance. For example, CleanSheet is a first-of-its-kind virtual reality (VR) software program used to analyse goalkeeping performance in real-time and improve the way goalkeepers respond to a variety of match-like situations. The company was voted 2nd Most Innovative Sports Tech Company in the whole of the UK by Business Cloud in September 2021.

– Founded in 2020 as a spinout from the Institute of Electronics, Communications and Information Technology (ECIT), based at Queen’s University Belfast (QUB), AntennaWare is a wearable technology company co-founded by Dr Matthew Magill and Dr Gareth Conway. The tech startup was successful in getting to the 2021 Regional Finals of InterTrade Ireland’s Seedcorn Investor Readiness Competition in the ‘Early Stage Company’ category. Focusing on medical and sports applications, the young company is on a mission to create high-performance antenna solutions for wearables.

– Offering a personalised reward system that acts as a data-driven marketing tool for brands and retailers, loyalBe was founded in Belfast in 2018. Through their bank-connected smartphone app, users can earn rewards just by paying with their card and retailers can get greater insights on their loyal customers and brand engagement. The startup, founded by Cormac Quinn, made a deal with Visa last year, and this year raised €850k to launch into the Irish market. It was also the only Northern Irish company to be named in the UK Government-backed Fintech 4.0 programme.

– Founded in 2018, Sonrai Analytic’s software platform is designed to meet the demands of both precision analytics and reproducible data findings of important legacy. Finalists in The Spectator Economic Innovator Awards 2021, the AI data discovery company is launching a cutting-edge architecture that will lead to faster and more effective discovery of key mechanisms and drivers within healthcare. Co-Founder Deva Senevirathne has been recognised as one of the top three European female entrepreneurs in AI by the Women in AI Awards 2020. In 2020, the company announced a £700,000 funding round

– a startup for the world of employment, this young company (founded 2019), offers a cloud-based applicant tracking software. This year they secured €265k in funding for its an all-in-one candidate hiring and management platform that aims to reduce HR costs by streamlining the entire hiring process and redefining onboarding processes. The company now has over 150 large employers as customers.

– Founded in 2019, Budibase was recognised as a finalist in the Tech Nation Rising Stars 3.0 competition for their open-source low-code platform used for building web applications. The young company offers a low-code platform that allows users to build beautiful business apps in minutes. The startup received funding of €345k in 2020 to develop their product and are trusted by all types of SME’s.

– Founded in 2017, Continually offers B2B and B2C companies an easy way to add a chat-bot to their website through a single line of code that allows users to automatically reply to potential customers and generate more qualified leads, without the expense of additional salespeople. In a 2018 funding round, the company raised €416k to develop their service.

Patricia Allen
is the Head of Content at EU-Startups. With a background in politics, Patricia has a real passion for how shared ideas across communities and cultures can bring new initiatives and innovations for the future. She spends her time bringing you the latest news and updates of startups across Europe, and curating our social media.
RELATED ARTICLES
Re-/Launch

Belfast-based Responsible raises €5.8 million to power a circular future for the fashion industry