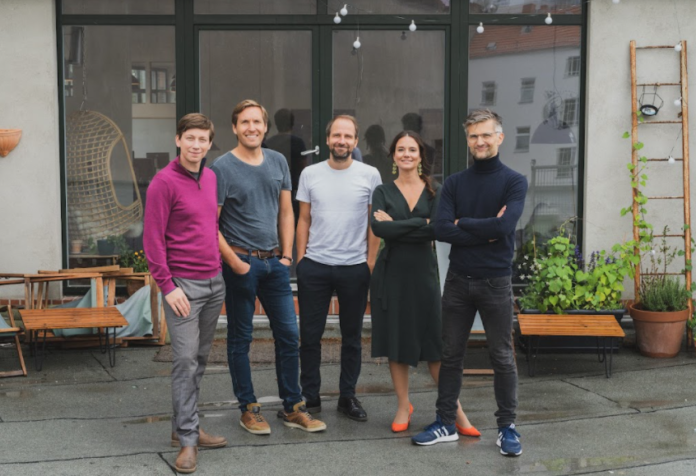 With nearly 60 investors including current and former European tech founders, World Fund has been incubated by global search engine Ecosia and will be the largest climate tech fund on the continent, focused on the tech that can reduce carbon emissions across sectors including energy, transport, food and agriculture, manufacturing and buildings.

World Fund was created this year by a diverse team of entrepreneurs, venture capitalists, communications experts, scientists, and engineers to source and support the next generation of climate tech companies tackling the most pressing issue of our time.

Rising temperatures, increasing sea levels and chronic wildfires are all symptoms of the crisis brought on by escalating greenhouse gas emissions. The urgency of action required by the crisis, together with the scale of the problem, is creating unparalleled interest in climate tech investment, with the market estimated to be worth €5 trillion in value according to think tank Climate180.

World Fund aims to be the foremost investor backing European founders building tech solutions to tackle climate change. The fund aims to invest in the companies with the highest climate performance potential (CPP) from early to growth stage. From companies creating alternative proteins to energy storage solutions and smart charging infrastructure as a service, World Fund will target the disruptive companies with the potential to become market leaders.

World Fund’s mission is to save 2 gigatons of emissions by 2040 – the equivalent to 4% of all global emissions. With this commitment, World Fund is putting the health of the planet at the core of every decision it makes, considering that climate returns are an early indicator for financial returns.

The fund measures and assesses the CPP as a key leading indicator for funding. Each company World Fund backs will need to be able to demonstrate it has the potential to reduce greenhouse gas emissions by at least 100 megatonnes CO2e every year. Only companies enabling a decarbonized world can become the most valuable companies of the next decade.

The need for venture capital in climate tech is huge – a recent study by the German Energy Agency found that Germany alone needs €22.7 billion in order to deliver a positive climate impact by 2030. Yet there is a lack of deep-pocketed funds in Europe that invest specifically in climate tech compared to countries like the US. There are 41 funds in North America with more than $100 million assets under management, compared to only six in Europe, and the majority of European climate tech VC funds have less than $40 million to back disruptive technology.

World Fund is well-placed to offer as the continent’s biggest climate tech VC. The team has a unique track record of building, scaling, and investing in outstanding businesses. The general partners are Tim Schumacher, co-founder of the world’s largest domain marketplace Sedo and investor in companies including Ecosia, Zolar, gridX, Pachama and CarbonCloud; Danijel Visevic, a former journalist who covered climate tech, startups and venture capital, worked for Angela Merkel and was the director of communications at Project A Ventures, one of Europe’s most successful VCs; and Daria Saharova, who spent 15 years investing in startups such as gridX, at leading European venture capital funds. The team of partners also includes Craig Douglas, who has worked in climate investing for over 10 years, primarily at SET Ventures, with notable investments including Sonnen, the world leader in home energy storage, and Limejump; and Christian Kroll as a venture partner, the founder and CEO of Ecosia.

The whole World Fund team is supported by a wider network of about 60 LPs, including Ecosia, Trivago co-founder Rolf Schrömgens; Econos, a sustainable investment platform founded by Alexander Samwer; serial female entrepreneur and author Verena Pausder and her husband Philipp Pausder, the founder of Thermondo.

“Daria Saharova, General Partner at World Fund, commented: “There’s a huge opportunity to back the startups helping to roll back the clock on the climate crisis and transform the way whole sectors operate. From farming startups to battery technology, startups addressing climate change need more funds with deep pockets and a commitment to support dynamic companies, to ensure they can fulfil their potential. The World Fund will fill a need in Europe for larger pools of capital dedicated to achieving solutions to the climate crisis.”

Christian Kroll, CEO of Ecosia and venture partner, World Fund said: “We need to create a future where billionaires won’t be those who just accumulate money but those who actively build solutions that save billions of tonnes of Co2 emissions. I’m confident that we can do that with World Fund, by harnessing the talent and ambitions in the European tech community to fight the climate crisis and advocate for the systemic change that is badly needed if we’re to successfully curb global emissions. I’m also delighted that my fellow European founders and entrepreneurs are supporting World Fund as we embark on this ambitious mission.”