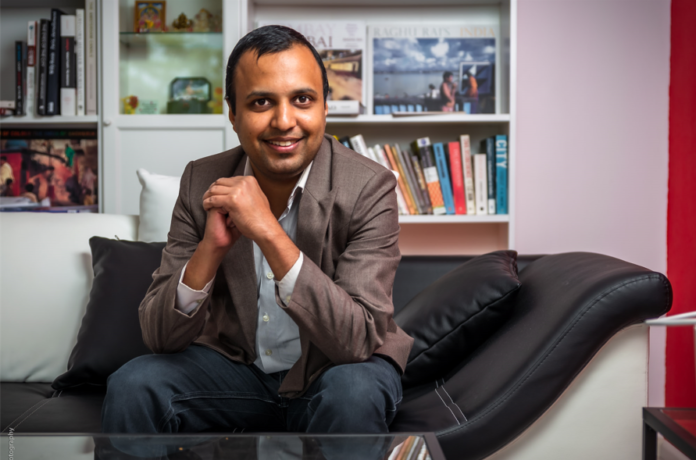 As I coach leaders and changemakers from different industries, I have found certain lies (or beliefs & ideas) that hold people back. I call them invisible as they are often held as “truth” or “the way things are” by people. In my own life, I can see all five of these lies playing a part and limiting my leadership at different times.

The dictionary defines a lie as “an untrue statement” which “creates a false impression”. The lies that I will share below are also untrue and they too create a false impression. In a way, they distort our reality and how we see the world. They are like looking through green glasses and then assuming the world is green.

This false impression stops us from seeing ourselves as a leader capable of pursuing what we really want. This is crucial to our leadership as these lies are “blind spots” that present a distorted view of the world around us and influences every action we take.

“If we did all the things we are capable of doing, we would literally astonish ourselves.” – Thomas A. Edison

1. What I want is too far away. It is not possible right now

This is a lie that we all tend to believe at some point in our lives. Our brain plays a trick on us by creating this lie to keep us safe and to avoid change. However, change is happening all the time whether we are aware of it or not.

2. I am not ready/courageous/confident. I need to be ready before moving forward

If you were to ask me anytime from 2017 to 2020 about my weakness, I would have told you it was my lack of courage. Ever since 2017, I was in touch with my passion – helping people grow as leaders.

However, every time I thought of becoming a full-time coach, I felt extreme fear and anxiety. I decided I will make the jump when I am ready and brave. I was waiting for the fear to disappear. Ouch!

Let me tell you a secret. You will never be ready. You are as ready today as you will be at any time in the future. By believing this “lie” as the truth, I felt miserable at work. I was not happy and experienced extreme stress and overwhelm. I got burned out and it took a big toll on my health.

What I discovered is that you don’t need clarity or confidence to move ahead. You do not need to get rid of your fear before moving forward. I realised that confidence is an outcome of doing something and not a pre-requisite.

Nobody is confident doing anything for the first time. Just like you can drive at night seeing only the part of the road which your car headlight illuminates, you can move forward towards your wildest dreams even if you do not see the entire way.

Coming to fear, I realised that courage is not the absence of fear. Courage is moving forward despite the fear. You do not need anything else to move towards your wildest dreams. You can start moving in that direction now. Yes, right now.

3. I am not good enough. I will be exposed for being a fake

While coaching leaders, I have found that the more successful you get, the more likely you are to feel like a fraud. I have coached many high achievers who live in the constant lie of “I got lucky. I do not deserve this. I will be exposed soon.”

I have found that impostor syndrome is a lie. It is an ever-present story in our culture – of not being good enough. It makes people doubt their own accomplishments. Famous personalities like Tina Fey, Howard Schultz, Serena Williams and Tom Hanks have openly acknowledged feeling like a fraud.

Impostor Syndrome tries to take care of you by keeping you safe. It makes you play small and stops you from moving beyond your comfort zone. But it is a lie. And there is a huge cost and burden of living this way. This lie kills your productivity, your wellbeing and your confidence.

What opportunities have you missed because of impostor syndrome? How has it impacted your emotional and mental wellbeing over the years?

4. I need external approval or acknowledgement for my wellbeing

Last year I was coaching a very successful business professional who was leading a team of 400 and who is a millionaire many times over. During one of our coaching sessions, he summarised his life as “constantly running at a high pace”, though he could not identify what he has been running after.

He said he could not stop running even if he wanted to. It was like his body knew no other way of operating.

The invisible lie he was living was (and so many of us are) “I need to please people to be happy, successful, and valuable. If I get into a conflict or offend someone, then something is wrong with me. Hence I must avoid disagreement or conflict at all costs, and I constantly have to prove myself to feel worthy.”

When we are living in this invisible lie, it is easy to fall into a people-pleasing trap. Let me bust this lie once and for all. You do not anything else to be whole and complete. You already are. There is nothing wrong with you the way you are right now.

Do not allow anyone else this authority (to judge you). As no one can. You decide that for yourself. What others say or do to you is because of their internal stories. It is not a reflection on you.

“I am an artist at heart. I can’t sell or promote myself.”

“I am an introvert. I can’t speak to a large audience.”

This is the last of the invisible lies that prevent us from our leadership. This invisible lie, when held as a fact, limits our dreams, ambitions, and possibilities. They cast their shadow on every action we take and do not take.

They do not reveal our limits. They only reveal what we have learned so far and what else is there to learn. The glass ceiling which this lie reveals is entirely our own creation.

Let me tell you this. You have no idea what you are capable of. I have seen people continuously surprise themselves by how big they can dream and accomplish. I myself am a living testament that “I know who I am” is a lie – and a big fat one at that.

Sumit coaches some of the most successful and inspirational leaders and changemakers in the world. In 2021 itself, he is coaching four founders of non-profit organisations, one leader at the UN, an entrepreneur who has been running his software company for 25 years, and two senior executives in tech unicorns, among others.

Today he is gifted at helping people see their power because he has spent so much of his life hiding his own. He sees where you are powerful even when you cannot. Sumit helps people see their own light.

Many people don’t realise how powerful they are. They often can’t see themselves as powerful, even when others do. That’s where Sumit comes in. He helps people face their often “imaginary” fears and reveal their blind spots so that they can follow their “hidden but ever-present” dreams.

Sumit doesn’t pay attention to your story or the reasons you might believe as truth. He pays attention to who you truly are. And that’s why people call Sumit. Sign up for his newsletter to receive more articles like these.

PS – The 5 lies above are not just my opinion. There is scientific research and studies from neuroscience and psychology to back them and the rest of my work.

Sumit Gupta
Sumit coaches some of the most successful and inspirational leaders and changemakers in the world. In 2021 itself, he is coaching four founders of non-profit organisations, one leader at the UN, an entrepreneur who has been running his software company for 25 years, and two senior executives in tech unicorns, among others.
RELATED ARTICLES
Know-How