fruitcore robotics is a Constance-based startup developed HORST (Highly Optimized Robotic Systems Technology), a robotic system which leverages intelligent software and innovative mechatronics. The software maps the entire application via a digital twin. The powerful and inexpensive robot transfers the application 1:1 into reality.

The startup was founded in 2017, and less than two years after their market launch, fruitcore robotics’ robotic systems are already automating several hundred different applications in ten industries. In order to continue growing internationally, the company has now raised €17 million in a Series A financing round. The fresh capital comes from the venture capital firms UVC Partners, btov Partners and CNB Capital.

Before closing the current Series A funding round, fruitcore robotics has been accompanied by a business angel, who will continue to support the company.

“SMEs need flexible systems with which applications can be realized easily and affordably. In addition to the robot, this requires above all easy-to-use software and intelligent interfaces,” explains Jens Riegger, CEO of fruitcore robotics.

In line with these requirements, the German startup has rethought the entire robotic system and achieved several innovations in this field. With HORST, the deep-tech company has combined the advantages of collaborative and conventional systems: the performance of industrial robots with the ease of use of cobots and has been able to significantly reduce costs. Another major advantage for the user comes from the simple and intuitive operation of the robots, for which no programming knowledge is required.

“Complex programming over the entire life of the robot results in high costs. In contrast, the user saves time and money thanks to the simple handling and associated flexibility of our robots. Economical automation is possible from as little as 1 piece and is therefore also practicable for SMEs,” says Patrick Heimburger, CFO of fruitcore robotics.

HORST can be used across almost all sectors and industries: for loading and unloading machines, for stacking, sorting and packaging products, for handling turned, milled and stamped parts, but also for pick & place applications for small parts.

With the new capital, the deep-tech company plans to expand its European presence and extend its digital services.

“A robot alone cannot yet automate an application; it requires an intelligent linking of various components such as grippers, CNC systems or safety systems. With our software, we network these components more strongly than has been common in the industry to date, thereby making the entire application intuitively operable, digital, and even affordable. We have already taken the first step in this direction with the launch of our IoT platform horstCOSMOS.com, says CEO Jens Riegger.

Today, fruitcore’s systems already provide control of the entire robotic environment, seamlessly integrating the physical application onto a digital platform. In the future, extensions to the software and online platform will make numerous applications automatable via plug & play.

fruitcore robotics originates from a spin-off of the HTWG Konstanz (Hochschule Konstanz Technik Wirtschaft und Gestaltung). After research work by Jens Riegger and Manuel Frey in the robotics field, the first HORST prototypes were produced in 2016. The team received the EXIST-Gründerstipendium for high startup projects, a startup funding from the federal government and the EU, and founded fruitcore robotics GmbH in May 2017. Since then, the company has grown to more than 80 employees and two locations. In addition to the headquarters in Constance, a production site in Villingen-Schwenningen was opened in May 2020. fruitcore robotics develops and produces the HORST robot systems in Germany. The portfolio includes three robot models with reaches of 600, 900 and 1400 millimeters and payloads between 3 and 12 kilograms. Several hundred robots are already in use at customers from a wide range of industries in Europe. 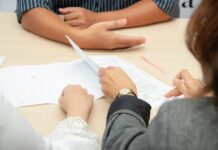 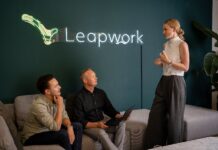 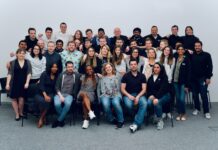 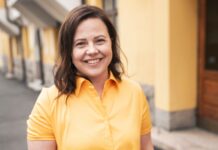