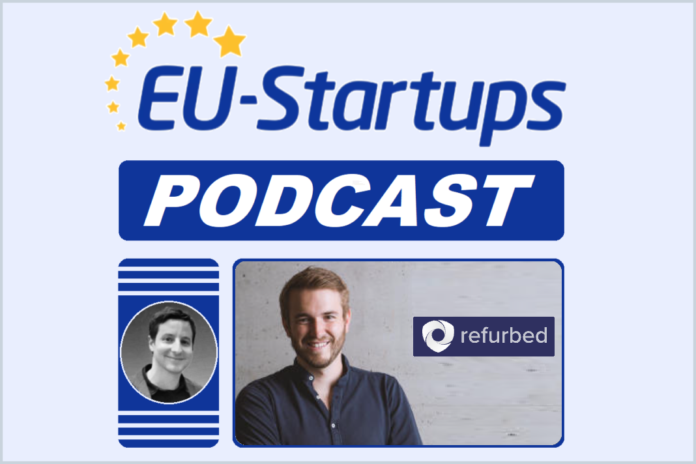 For episode 20 of the EU-Startups Podcast we interviewed Refurbed Co-founder Peter Windischhofer.

Headquartered in Vienna and founded in 2017, Refurbed is one of the world’s fastest growing online marketplaces for refurbished products. Refurbed tests and renews electronics (laptops, mobile phones, etc.) in up to 40 steps, to make them effectively functioning like their new counterparts. Being up to 40% cheaper with a minimum 12-month warranty included, Refurbed makes purchasing sustainable devices easy, affordable and risk-free. In August of this year, the fast-growing startup raised €45.4 million in Series B funding, which brought their total funding to €63 million.

As mentiond during this podcast episode: Make sure to check out the Grand Final of the EIT Health InnoStars Awards where the most promising healthcare innovations of 2021 will be announced. The event will be broadcasted live at BIO-Europe’s virtual event, on October 27, from 10am to 1pm. Don’t miss the pitches and the announcement of the winners which you can follow on the Facebook page of EIT Health InnoStars as well!