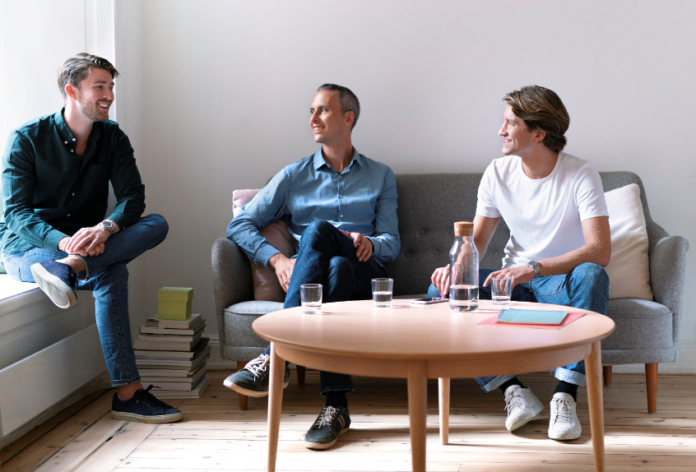 Following its recent launch into Denmark, the Nordic neo insurer Hedvig announced today that it closed a €38.6 million Series B funding round led by Anthemis, with participation from existing investors including Cherry Ventures, Obvious Ventures, CommerzVentures, along with Swedish Novax, Nineyards Equity, Jonas Kamprad and Mathias Kamprad.

In just a few years, Hedvig, a licensed full stack insurance carrier, has become a kind of a cult brand among the younger generation in the Nordics. 40% of Hedvig’s policy growth is currently organic and predominantly attributed to word-of-mouth, thanks to the company’s reputation for stellar service and ultra-fast claims handling.

Today, Hedvig already insures 70,000 people across three markets, the majority of whom are under the age of 30. Last year, Hedvig grew its gross written premium by 200% and retained an NPS score ten times higher than the industry average. With this new round of funding, Hedvig is accelerating its European expansion agenda and plans to launch in its fourth market in the coming months; this time outside of the Nordics.

Lucas Carlsén, CEO and co-founder of Hedvig, describes the fundraise: “We have created an insurance experience based on the younger generation’s on-demand expectations. Integrated in our home insurance is something we call “clumsiness” insurance. We’ve got your back, even if the damage was caused by your own blundering. And when you need us, you only need to submit a simple voice message to receive assistance within minutes. We love to spoil our members and to see how word is spreading. Anthemis’ deep understanding and experience of both financial technology and insurance make them the perfect ally as we scale this proposition across Europe.”

The Series B investment was led by Anthemis Partner, Ruth Foxe Blader, and Managing Director, Matthew Jones. Blader previously led AllianzX’s investment into US insurer, Lemonade. Prior to the Series B round, Hedvig raised a total of €19.7 million and successfully secured partnerships with SCOR and Hannover Re, two of the world’s largest reinsurers.

Thomas Ohr
Thomas Ohr is the "Editor in Chief" of EU-Startups.com and started the blog in October 2010. He is excited about Europe's future, passionate about new business ideas and lives in Barcelona (Spain).
RELATED ARTICLES
Austria-Startups