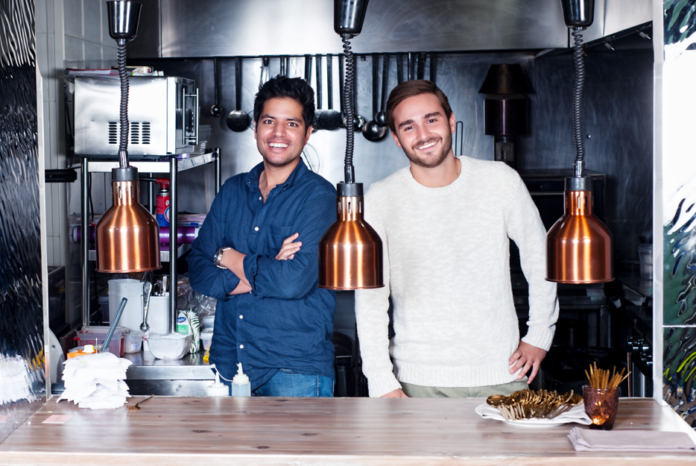 Katoo, the foodtech startup that brings tech to the old-school food supply industry, is announcing a €6.2 million fundraise. The round was led by Spanish-based investor K Fund, and followed by American funds Expa, FJ Labs, Soma Capital and Portuguese VC Shilling Founders Fund. Existing investors GFC and Otium Capital doubled down their bet on the founders’ vision of “creating tools that will make the food supply chain efficient, fair and transparent” taking full pro-rata rights.

This new funding round, that happens only 10 months after a €3 million round led by GFC and Otium Capital, will permit Katoo to continue developing their product, launching the business in the Portuguese market and preparing the expansion in the Latin America region in the following months. The company plans on investing in its product, removing manual data entry for suppliers through ERP integrations, and solving the cash flow issues through financial products. And they aren’t forgetting about their core users: among top goals, there’s the ambition of predicting restaurants’ stock needs by integrating with the most popular PoS systems.

Sergio Alvarez Leiva, Partner at K Fund, commented: “We have known Diogo & Karan for some time and have always been impressed by their hunger and mission to change the food supply chain for good. We are confident that Katoo is on the right path to consolidate their leadership position in Southern Europe and to replicate it further in Latin America”.

Seasoned and successful entrepreneurs in the sector also invested in the startup: Glovo Co-Founder Sacha Michaud, recently acquired Tiller Co-Founder Dimitri Farber and TheFork Co-Founder Marcos Alves Cardoso are some of them.

Lorenzo Franzi (Partner at GFC) was impressed by how the team endured, improved, and grew during a rough patch for the entire restaurant industry. He stated: “We have known Diogo & Karan from the very beginning of the company and have been repeatedly impressed by the team’s fast execution and deep understanding of the sector. Notwithstanding Covid, which impacted their industry significantly, they have adapted and continued to deliver more and more value add to their customers which supported their continuous high level of growth.”

“We launched Katoo to facilitate the communication between restaurants and suppliers. Throughout COVID-19, we have proven that our tools make the relationship between both sides of the equation faster, with fewer errors and a lot more efficiency. We are now laser-focused on continuing to help them, launching financial services such as simplified and centralized payments, payment reconciliation, and financing”, affirmed Karan Anand. Katoo’s CEO Diogo Cunha added: “The food supply chain continues to be extremely old school. Fax, paper and pen, and voice messages are still considered the gold standard. This round allows us to keep investing in providing the best technology to the people who feed us”.

During the last 9 months, the startup has seen its number of orders grow as much as 8x. Their over 5000 restaurants and suppliers include everything from large chains like I Love Poke (with more than 80 PoS across all Italy, high-end like Mawey Taco Bar in Madrid, and some Michelin-starred restaurants in both countries.

Katoo now has close to €190 million annualized transactions going through the app across two countries (Italy and Spain). But the company sees this as just the beginning. Part of the funds raised in the latest round will be used to bring the business to Portugal, as well as expanding their model in Latin American and other European countries.

3/7
You can read only 4 more articles for free this week. Become a CLUB Member for unlimited access to EU-Startups.