“If you want to lead and make an impact, you have to be your true authentic self”: Interview with Yvonne Bajela, Founding Member and Principal at Impact X Capital 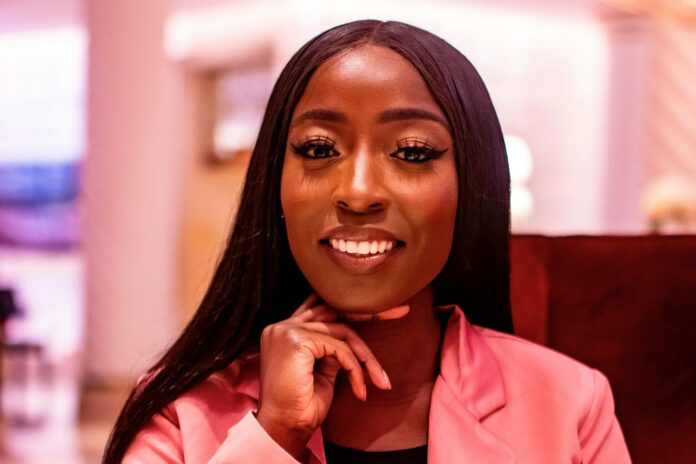 Yvonne Bajela is a Founding Member and Principal at Impact X Capital, a UK-based venture capital fund which invests in companies led by underrepresented entrepreneurs. To date, Yvonne has invested over $200 million (over €170 million) in various startups across Europe, Middle East and Africa.

You might recognise Yvonne from Forbes Under 30 Europe: Meet The European Finance Leaders Of Tomorrow (in addition to other listicles such as ‘8 female venture capital investors to watch in 2021’, and ’25 Leading Black British Business People To Follow’, among others), as well as in our EU-Startups lists TOP 50: Europe’s most influential women in the startup and venture capital space and 10 cool tech/entrepreneurship voices to follow on instagram in 2021.

Prior to her time at Impact X, Yvonne was a Senior Investment Manager at Mitsui & Co.m being the youngest investment manager across the group’s 90,000 global employees. Since then, Yvonne has risen to success with a quiet determination and humbleness, acting as an advocate for entrepreneurship and female empowerment, and regularly hired to deliver talks and workshops on women in leadership and how to scale early-stage companies.

We were  lucky to speak with Yvonne recently about her personal investment mission and what she looks for in startups, her opinion on the VC landscape in Europe and additional advice for budding founders. So let’s get started!

Hello Yvonne, welcome and thank you for joining us. Could you give us a brief summary of your background? Also: What made you leave investment banking and move into VC?

My father inspired me to study finance. From the age of seven, we would read the Economist and Financial Times together and he instilled in me a belief that I could change the world from a financial perspective. I went on to study Economics and business finance at university and at the time knew nothing about the world of venture capital, so I went into banking as it seemed to be one of the few attractive options at the time. It wasn’t until I spent the summer of 2013 in Ghana, where I was providing pro-bono advise to African startups that I came to know all about the world of venture capital. It was also that period of time that I decided I would make the move into VC as I loved working with startups, particularly at that scrappy early phase.

What is your personal investment mission?

First of all, I must say I am very lucky to work with incredible entrepreneurs from all walks of life everyday who are literally reshaping entire sectors and industries. I want to see a venture capital industry that is not characterised by disparities in funding. Ultimately, if we really want to build a world where the products and services we use fully cater to people of all backgrounds with no bias, we need to make sure people from all backgrounds are getting funded at all levels. At the moment they are not and that’s why I’m playing my little part to ensure more funding goes to female and black founders. That is my mission.

You have invested over $200 million in various startups across Europe, Middle East and Africa throughout your career. What do you look for in startups?

The key thing I always look at is the team and whether they have the x factor as regardless of the idea – the people managing the startup are the ones who will navigate the company to success. Even an incredible idea can fail to get off the ground without the right team, which I’ve seen happen a several times. Being obsessively passionate is also important as there are likely to be many challenges along the way. I’ve witnessed how entrepreneurs with a relentless passion for solving problems are able to withstand the challenges and come out on the other side.

Could you tell us your impression of the current VC landscape in Europe? Have you seen anything change in the past few years, or even during the COVID pandemic?

It’s a very exciting time at the moment. When I started working in the industry in 2015, the question was whether Europe will produce many unicorns; we are now seeing new unicorns emerging every week. The growth in American VC players investing in European companies has largely contributed to in the increase of European unicorns.

We’re in a golden era of entrepreneurship in Europe, with many early employees from some of Europe’s largest tech firms such as Skype, Spotify Klarna, Ayden, fuelling the next generation of investors and startups. That’s exactly what we saw happen in the US with the so called “PayPal mafia”.

I am also excited that more funding is going to diverse founders, however we still have a long way to go. Companies founded by black and female entrepreneurs across Europe such as Marshmallow, which recently became a unicorn, are demonstrating that there is no pipeline problem.

What advice would you give to startups with female and underrepresented founders, who are currently experiencing pushback?

Be confident in yourself and the work you’re doing. Don’t ever feel like you have to change yourself or behave like a man to succeed, focus on your strengths and amplify them. Ultimately, you deserve a seat at the table so keep pushing until the door opens. You also have to remember that you won’t be liked by everyone, so surround yourself with those who believe in your mission and don’t compromise on your values and who you are as a person.

You have been included in many lists such as Forbes ‘8 female venture capital investors to watch in 2021’, and are an advocate for women in business and leadership. What would you say to any founders reading who are finding their feet in leadership positions?

If you want to lead and make an impact, you have to be your true authentic self. It will require self-awareness, mindfulness and self-development but the best leaders stay true to themselves. It took me a while to truly grasp that after starting my career in banking and feeling as if I needed to be louder and more assertive like my male counterparts in order to be successful. In reality, me being empathetic and soft-spoken have proven to be my superpowers.

Secondly, you have to have to be flexible because things are going to fail, fall apart and go wrong at one point or another. Learning how to adapt to situations and continue to push through is an essential part of leadership.