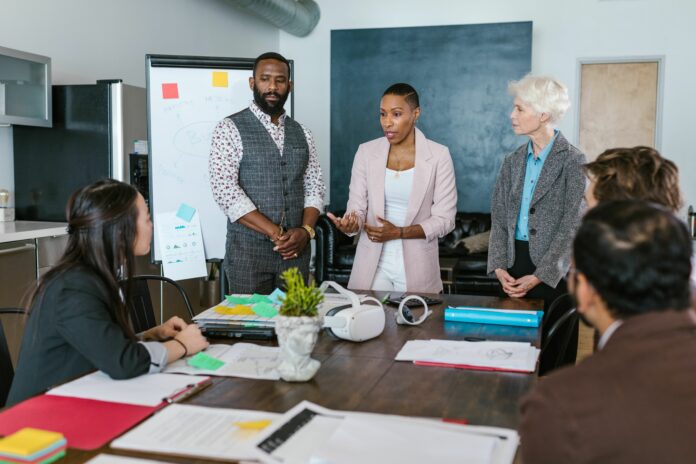 This week we have run a 3-part Fundraising Etiquette series, so far having outlined how to prepare for a fundraising process, and how to build an ‘investor pipeline’. Today we share the third and final part of the series, on how to tackle the last step in the process – communicating with investors and closing.

After having generated a pool of potential investors to eventually source from, it is time to actually step into the ring, interact with them more profoundly and talk business. In many cases it makes sense to entertain competitive dynamics in the fundraising process. The earlier you receive a term sheet, the more competitive it gets – and the hotter the deal, the higher the valuation you will be able to achieve. Start your outreach with 40-50 investors as a first batch, be in active conversation with 20+ VCs, and in close conversations with at least ten of the latter. If these numbers drop during the fundraising, restack the panel as quickly as possible. Make sure that you schedule and cluster the outreach to investors appropriately and that your pipeline never dries out.

When you start these conversations, always communicate a clear timeline. Also mention that you are in active discussions with several VCs, but avoid name dropping. The amount of capital you want to raise should be communicated as a range rather than a precise number. In this context, share that the valuation will be in the typical dilution range – don’t be too specific in the beginning. You will provide certain valuation signals anyway, such as the size of the raising, the valuation of the last round, and the total amount of capital raised.

Consider the following scenario as an example: You aim to raise a €15 million – €20 million Series A round and communicate that the valuation will be in line with typical dilution which is usually in the range of 15-20%. This will result in a valuation spectrum of around €45 million to €113 million pre-money. It is then in the hands of the market and the different competing investors to decide at which valuation they are going to offer an investment. By doing so, you will minimize the chance of being in a position in which you fail to reach a valuation if it was set too high initially. You will also avoid scaring off investors by communicating an overly aggressive valuation target, and instead leave space for interpretation.

When the conversations with VCs advance, they will request additional information to assess the investment opportunity. Luckily, you will have already prepared your data room. Make sure to only share data with investors who are actually interested in partnering with you. Some founders, for example, only grant access to the data room after at least two conversations. You can also share the data one step at a time as opposed to all at once. However, bear in mind that there are equally several risks associated with not sharing enough information. One is that investors are not able to perform their diligence and do not feel comfortable enough to offer a term sheet in the first place. Another risk of not sharing sufficient information upfront and waiting until after signing a term sheet, is that the investor may change their mind after signing and receiving all information. Post-term sheet, only confirmatory diligence should be necessary. Overall, share information wisely and trust investors, but always use common sense too.

For the whole fundraising process, timing is key. Once the first term sheet is on the table, time is running against you as VCs typically have deadlines and you don’t want to risk losing a term sheet without having a strong alternative.

If you are in the attractive position of having received several term sheets, you have to decide with whom to go. Before signing, make sure you are going with the right partner. Leverage your network to learn about experiences other founders had working with the VC. You can and should also request introductions to portfolio founders of the VC to get first-hand references. Always consider that you are partnering with the investor for the very long term, and that information like this can be very valuable for final decisions.

Don’t start the negotiation of the terms before the first investors actually put up a term sheet. With all investors who put up a term sheet and seem like a good fit, continue the closing process and start term sheet negotiations. It is crucial that the term sheets cover all important clauses and leave no critical points open. This is of grave importance as most term sheets are subject to an exclusivity clause which, as soon as signed, restricts you to further communicate with other investors. If not all critical terms are agreed on pre-signing, the negotiation post term sheet can get very difficult and may even lead to a situation in which at least one of the parties backs out. If this happens, it also complicates re-engaging with investors who offered other term sheets prior.

Ultimately, if you agreed to all terms and decided on the perfect partner to go with, sign the term sheet and get ready to close the deal.

After signing a term sheet, be prepared for post-term sheet due diligence. This can take several weeks and may include additional customer references, a deep dive into your product and your financials, among other things.

Also make sure to prepare all legal documents in time. If you have many small investors or business angels on the cap table, it is critical to start collecting the power of attorney well ahead of the planned notary date. In many European countries, for example, if one business angel is unavailable for some reason during the time of closing, it can block the whole deal from being legally finalized.

Once the deal is formally closed, however, it is time to celebrate, and, more importantly, to fully focus on your business again, hereby concluding our three-piece series on Fundraising Etiquette – from preparing the procedure, to casting the collaborators, to finalizing the formalities.