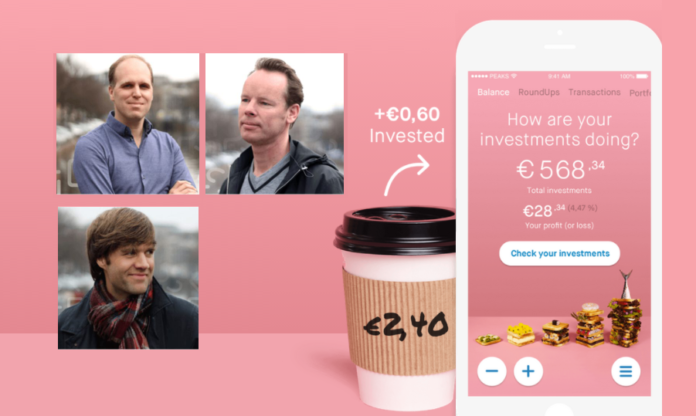 The Dutch investing platform Peaks has just received €5 million in growth capital from Haerlem Capital and Rithmeester. With the new capital, Peaks will to invest in its growth and product development to reach a broader target group in the Netherlands and Germany. To make this transaction possible, previous investors Rabobank Frontier Ventures (RFV) is selling its stake to Haerlem Capital & Rithmeester.

Peaks was founded in 2016 and launched in 2017 as a platform for first-time investors and millennials. Within four years, the platform had grown to include more than 130,000 active users in the Netherlands and Germany. Peaks stands out from its competitors by enabling its users to invest small amounts. Now, the company is ready to take the next step in its growth.

The Peaks CEO Tom Arends stated: “We see that the simplicity and convenience of the app, as well as the strong results it achieves, appeal to a much wider target group than just beginner investors. It’s also resonating among consumers with more wealth and more investment experience. With this new injection of capital, we want to keep growing our customer base in the Netherlands and Germany and expand our services to make investing even more accessible to a broader group of consumers. In the near future, for example, we want to enable our users to build their own portfolio to match their own personal preferences, so they have even more control over their investments.”

The investment landscape has changed quite noticeable in recent years. In 2017, investing was easily accessible only to a rather limited target group. Today, just a few years later, it has gone mainstream.

Albert Theunissen from Rithmeester explained: “Peaks makes professional investing and wealth accumulation accessible to all consumers by offering them a simple, cost-effective, transparent, top-quality product. This is how Peaks is democratising investing. And that’s why Peaks has been such a success among its users in the Netherlands and Germany. We want to work with Peaks to expand their investing proposition and make it accessible to users all over Europe.”

A bit like its US competitor Robinhood, Peaks offers a convenient, user-friendly app that makes it easier than ever for anyone to invest. One of the areas The Peaks team and its shareholder want to explore in the future is business to business (B2B) – by providing other companies access to its easy-to-use platform.