Accountable raises €5.7 million to expand its financial management for the self-employed across Europe 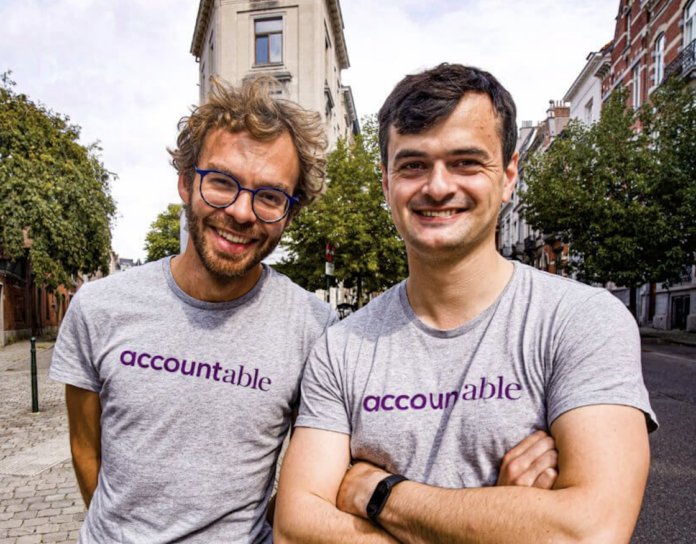 Berlin and Brussels-based Accountable has secured €5.7 million in a Series A round led by London-based Stride.VC, joined by return backer Connect Ventures, together with early angel investors in Revolut, Wise’.

Founded in 2017, the fintech startup targets the fastest-growing segment in Europe, the self-employed professionals. Accountable has grown organically to over 10,000 users in Germany and Belgium, and it’s seeing rapid growth with a user base multiplied by 4 over the past 12 months. The team is now hiring 15 new members across their locations, Berlin and Brussels.

After receiving €2 million in seed funding back in 2019, Accountable built a complete tax solution that allows users to submit taxes from their phones and a strong presence in Germany and Belgium. With this Series A, Accountable expects to further accelerate its growth in those 2 markets and open a third major European market in the next 12 months.

“Accountable’s mission is to power the finances of the new generation of Indies and Freelancers, those millions of people across Europe who have decided to work for themselves, on their own terms. Software powers this new class of workers, with tools such as Monday for project management or Figma and Canva for design. But when it comes to finances, we are stuck in the middle ages. Accountable aims to change that and free the self-employed from the shackles of tax planning and complex accounting so they can focus on their craft and their clients”, says Nicolas Quarré, co-founder and CEO.

The startup started by tackling the most complex and pressing problem faced by the self-employed, which is to figure out how much tax they owe and how much cash they really have to power their business, and it has done so by developing a mobile-first, simple and comprehensive tax solution that allows its users to compute, prepare and file taxes seamlessly and in real-time.

Fred Destin, the lead investor in Deliveroo, Cazoo, Zoopla, and others, will join Rory Stirling on the board.

“For Indies, taxes and finances are a source of constant stress and uncertainty. Accountable gives them the tools to focus on what they do best: serve their customers and grow their business, giving them back control and visibility and empowering them to make the right decisions, whether that’s taking on a business loan or contributing to their pension. We want to give people their confidence and their time back” says Fred Destin, founder of Stride.VC.

Anto Guarin
Anto is the Startup Sourcing Manager at EU-Startups. She’s constantly on the lookout for promising startups and projects around the European scene. With a multicultural perspective, she's curious about culture, innovation and technology, strong impact projects, and creativity.
RELATED ARTICLES
Funding