Why VC valuations increase and why this might be a trap 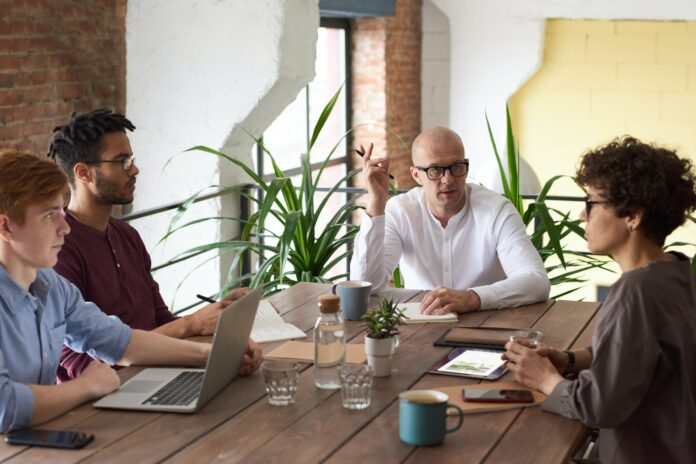 The money floating into capital markets is rising. This is good news for startups, as this means more big financing rounds all over Europe – and supposedly higher startup valuations.

In fact, during the last decade European VC investments grew from €7.6 billion in 2011 to €42.8 billion, which means an average annual growth rate of almost 20%. The European VC market has certainly matured, and today the number of big VC deals is larger than ever. An analysis based on Pitchbook Data shows that valuations of VC rounds in later stages were especially lifted due to this influx of capital. And of course, there is correlation between round size and valuations – the bigger the round, the higher the valuation.

The data shows that the median European pre-money valuations in 2020 were roughly three times higher than ten years ago among all stages (seed, early, later stage) – with 2021 most likely breaking records. Using the average pre-money valuation instead of the median, this increase is even between factor three and four due to a few outliers deals in recent years.

There can be no doubt that valuations skyrocketed in the last few years. From the perspective of investors, the median price tag (valuation) to invest in startups increased around 10-15% annually since 2011, which is high above the general inflation rate (which was around 1% in the EU the same time).

What is the main driver of valuations?

In the end, traditional market mechanisms also apply to the venture capital market. If the supply of venture capital increases, investors have to compete with each other and the negotiation power of founders gets stronger, usually resulting in higher valuations. And indeed, there are more and more financially strong players entering the European startup ecosystem:

Overall, there seems to be a flood of money originating from the quantitative easing strategies of central banks. And it is not only the valuation of startups hitting historical highs, but also real estate and stock prices, cryptocurrencies as well as other asset classes. As long as monetary authorities are not raising interest rates and don’t start sucking money out of the market, this trend is most likely to continue.

Okay, but where is the trap?

At first glance, big valuations look quite sexy for founders and sometimes even for investors presenting fictitious multiples of not yet exited previous investments to potential Limited Partners. However, there are a couple of rather hidden downsides for founders.

First of all, the higher the valuation, the higher the pressure of investors, because the performance and growth of those deals must be extraordinary to scale not only the startup, but also the potential exit volume. Simply put, not every character and not every business model can stand up to this, causing a lot of pressure, trouble and sometimes tears.

Secondly, higher valuations come along with bigger deal sizes. On the one hand, founders have more money and flexibility to test new things and to develop better or more products faster. On the other hand, having more money than really needed, provokes a misallocation of money in the wrong directions. Getting more money often opens the door for wasting money.

Thirdly, there are a couple of VC deal terms investors use to prevent over-valuation. Liquidation preferences in particular are an appropriate instrument to take into account high valuations at an investment, when it comes to cash distributions to investors in an exit scenario. Summarized in simple terms, liquidation preferences cause the last investors who came in, to cash out first – from the last invested shareholder to the first (the founders). In a very easy example, your company might have raised €50 million in total at a certain valuation including liquidation preferences. Unfortunately, the business doesn’t perform as initially hoped and it can only be sold for €50 million. In that case, the whole exit value would be transferred to the investors while the founders get nothing – despite their multimillion exit that only becomes an entry on the founders CV but not in their bank account. There are a few additional mechanisms to hedge against over-valuation, e.g. anti-dilution clauses.

Fourthly, large valuations can make startups un-investable. Especially in early rounds the valuation is usually not based on business fundamentals, but rather softer aspects such as team and vision. Typically, a financing round covers only 18 months (+/- 6) runway and especially in early stages this might not be enough to build significant traction as a value driver. So let’s assume you had a great seed round at a valuation of €14.26 million (which was the average European seed valuation in Q1 2021 due to some astonishing outliers) due to a great founding team and vision. But unfortunately, it just takes some more months. The initial time planned to develop your technology and the sales cycles turn out to be longer as expected. Therefore, previous investors question your likelihood of success and you need new investors to cover the follow-on round. But with maturity, business fundamentals are becoming more important, so the valuation they are willing to pay may be below the previous valuation (a so-called down-round). Especially in early phases, investors and especially business angels are not willing to accept down-rounds and may block such a round. In that case, the initial ‘too high’ valuation brought you to a dead-end street.

Additonally, for VC funds, high valuation levels are a certain risk for their business models as they expect a deal to have the potential to pay back the entire funds volume e.g. at least return 10 times the initial investment into a startup. Taking again the example of the €14.26 million average European seed round in Q1 2021, such an investment needs to be exited at a €142.6 million valuation (not considering dilution). This narrows the number of exit options dramatically and therefore the likelihood of a commercially successful exit at all. With rising investment valuations, the business model of VC funds relies on higher exit valuations to generate decent returns.

While private funding valuations look like a wild party, a view on European exit valuations is more like the down-to-earth cleaning duty that comes afterwards. In 2020, the median post-money exit valuation was €22.8 million. With €102 million the average in 2020 was of course higher, as a small number of IPOs drove that number.

Looking at the data over the last 15 years, you can easily see that the median size of exit valuations was more or less stable, while later stage valuations rose. Looking at averages, the gap gets even bigger due to a few outliers. More than ever, for VCs, startup investing is like betting on a few outliers that justify even the highest pricing and that are only accessible for a fraction of investors. In the future, exit values have to increase significantly on a broader basis. The question is, whether there will be a significant uptrend and if buyers in trade sales or institutional investors in IPOs are willing to pay higher prices in the future. This is definitely needed to justify the rising startup valuations that we have seen in the last years.

Altogether, ever-increasing startup valuations bear the risk of a bubble. If the startup scene wants to prevent the trap from snapping shut, either founders and investors need to get more conservative when it comes to entry valuations or investors need to find a way to increase exit potentials. Considering the strong competition between VCs, the latter seems crucial if the party shall go on.

Eric Weber
Eric is founder of SpinLab – The HHL Accelerator and the seed fund Smart Infrastructure Ventures. He previously worked in various sales positions and did a PhD in Entrepreneurship at HHL Leipzig Graduate School of Management. Eric specializes in Smart City topics as well as Venture Capital.
RELATED ARTICLES
Know-How