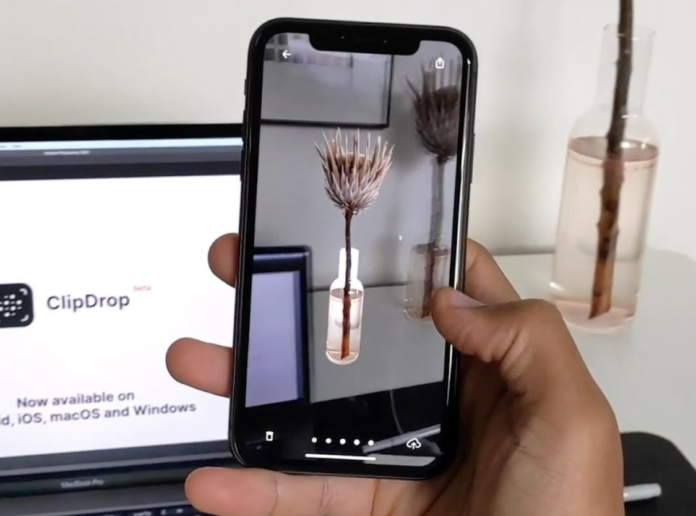 ClipDrop, a machine-learning-powered photo editing app, has announced the closing of a €1.2 million seed round to grow its research and product development team. Founded in 2020, the ClipDrop app empowers users to create professional product visuals on their phones, without the need for cumbersome editing – it’s as simple as cutting & paste your surroundings.

While eleven steps are typically required to take a picture from a device and transfer it to a desktop for manual editing, ClipDrop brings this number down to just two and provides a high-quality and accurately cut-out image ready for immediate use. This leaner and automated workflow amounts to a drastic gain in time and efficiency for users, in particular sellers on online marketplaces. Five million clips have been captured in the last six months alone, with significant growth potential in the e-commerce and marketplace sector.

COVID-19 restrictions have led to a surge in online commerce. According to Shopify, e-commerce growth in the first quarter of 2020 was equivalent to the preceding ten years combined, and there are now millions of sellers who need visuals for their business. This is only going to be boosted by the rise of the circular economy.

ClipDrop was initially the result of a week-long sprint by creative coder and former Google Lab Resident Cyril Diagne, as he was looking to apply machine learning to improve human-machine interaction. In March 2020, he posted a video entitled “AR Cut Paste” on Twitter and GitHub, in which he uses a prototype to take a picture of a plant in his living room with his phone and transfer it to his desktop in a single motion. The project went viral, gathering five million views in a few days with hundreds of press clips following.

Looking to bridge research and real-world applications, Cyril Diagne, Jonathan Blanchet and Damien Henry founded the company in July 2020 to develop the idea and bring ClipDrop to life. At the time, they were colleagues at Google, where Jonathan Blanchet deployed machine learning models at scale and Damien Henry led the Google Arts & Culture Lab after creating the Google Cardboard.

Months of intense iterations turned the prototype into a commercial app, which launched on all platforms (iOS, Android, macOS and Windows) on October 23, 2020 during Adobe Max, Adobe’s annual conference. In Fall 2020, the team joined YCombinator’s W21 batch. In January 2021, the app won Product Hunt’s Product of the year award in the AR category. In March 2021, the company recruited its first employee.

Nathan Benaich, Founder and General Partner of Air Street Capital, says ClipDrop is one of the strongest demos he has ever seen. “Air Street Capital invests in early-stage founders solving major problems that are uniquely unlocked by AI-first technology products. We believe ClipDrop is a game-changer for ecommerce and creative design, moving the computational photography sector into an AI-first future. We are thrilled to be part of the company’s journey early on.”

The funding will allow the company to recruit and accelerate its research and product development. The team currently includes former Google and Facebook employees, machine learning PhDs and human-computer interaction professionals.

“I see ClipDrop as a product studio for applied computational photography, a place where researchers, developers and designers unite to build products used by millions of consumers and businesses every day’‘ said Cyril Diagne. “This seed round is going to allow us to improve our products and  tackle problems such as image regeneration, color harmonization, and realistic lighting that we are uniquely situated to solve for our users… Imagine a world where you can edit a photo as easily as an email: there is no doubt that we can offer a new paradigm to image editing.”