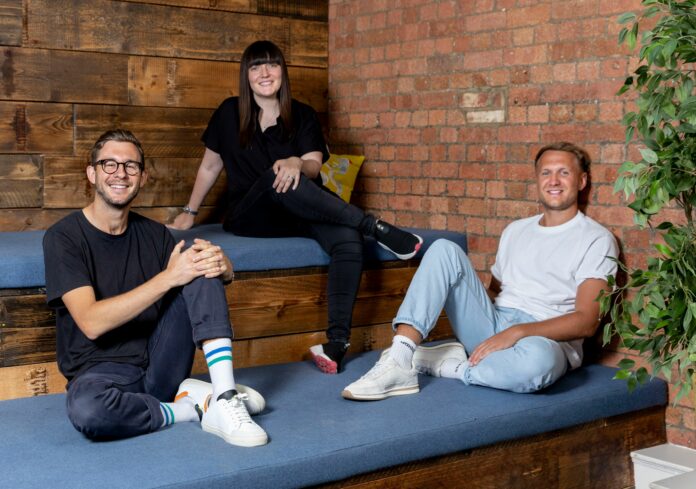 Today Livingbridge, one of the UK’s leading mid-market private equity investors, announces its investment in leading social media publishing business, Jungle Creations. The investment was made through Livingbridge’s Enterprise 3 fund, which invests in fast-growth SMEs.

Founded in 2014 by Jamie Bolding and led by Co-CEOs Melissa Chapman and Nat Poulter, the London-based multi-award winning business creates, produces, and distributes content across seven media brands which include: Twisted, VT, Four Nine, Craft Factory, Level Fitness, Lovimals and Blue Crate, each focused on unique interest areas. The company’s content is primarily distributed through social media platforms including Facebook, Snapchat, TikTok, Instagram and YouTube, whilst its branded content arm ‘Jungle Studios’ produces campaigns for clients including Bailey’s, GSK, Mondelez and Waze. The company has been awarded Branded Content Team Of The Year for the last four consecutive years whilst its media brand Twisted was recently awarded the accolade ‘Media Brand of The Year’.

London-based Jungle is also home to award-winning social first creative agency, The Wild, which leverages data and insights from Jungle’s own channels to design, create and execute organic social campaigns for brands including Heinz, Major League Baseball and Silverspoon.

Jungle has seen rapid growth in recent years as it capitalises on the shift in advertising spend from traditional to social media. In 2020 the company generated revenues of around €22.5 million and an EBITDA of around €2.9 million whilst this year, Jungle is on track to generate revenues of approx. €35 million and profits of around €6.5 million, the highest in its history. Jungle’s brands now boast over 125 million followers, and four of these brands – Twisted, Four Nine, Level Fitness and Craft Factory – were ranked top three in their respective categories in the UK by Tubular Labs in June 2021, generating over 300 million combined views.

Livingbridge’s investment will support Jungle in fuelling its growth strategy, including the launch of new brands, increased content output for existing brands and internationalisation.

Melissa Chapman, Co-CEO  at Jungle Creations said: “We are thrilled to have partnered with Livingbridge, a company with extensive experience in helping businesses scale.”

Nat Poulter, Co-CEO at Jungle Creations, added: “They have shown great passion for our business model and understand how well positioned we are to capitalise on this industry that’s on the rise. We believe that together we will continue to provide high quality content to our viewers whilst we embark on the next stage of our growth journey.”

Founder of Jungle Creations, Jamie Bolding, commented on the news: “It’s been a whirlwind seven years that has seen such incredible growth for Jungle. I’m so proud of everything the team has been able to achieve but this marks only the start of an even more exciting journey for the business. I can’t wait to see the continued phenomenal work and growth that has and will always be down to people within the business”.

Vernan Richards, Associate Director at Livingbridge, said: “Jungle has demonstrated a consistent ability to create content that resonates with a large audience globally across multiple social platforms and verticals. In the current landscape, access to these audiences has become a valuable commodity for brands as they seek to target Gen Z and Millennial audiences. Jungle is ideally positioned to take advantage of positive market tailwinds, and we look forward to working with Nat Poulter and Melissa Chapman to cement its role as a scalable and market leading business.”

Jungle Creations began with just one Facebook page (VT), which was operated out of Founder Jamie Bolding’s mother’s spare room in South London, and turning over just a few hundred dollars a day. Over the last seven years the company has grown from strength to strength and now operates a number of revenue streams from programmatic to branded content, e-commerce and social media marketing services. A pioneer in its field, Jungle Creations was one of the first to begin the transition from social media to IRL experiences, launching the world’s first delivery only restaurant born from a social media page in 2017. Since then the company has been featured in the FT1000 Fastest Growing Companies in Europe, and The Sunday Times Tech Track 100 whilst Bolding has been honoured in a number of prestigious awards including Forbes 30 Under 30, Natwest’s Young Entrepreneur of the Year and Startups.co.uk’s Top Gun.

Jamie Bolding and Edge Investments (who invested in Jungle in 2018 to support its growth) will retain minority stakes in the business.