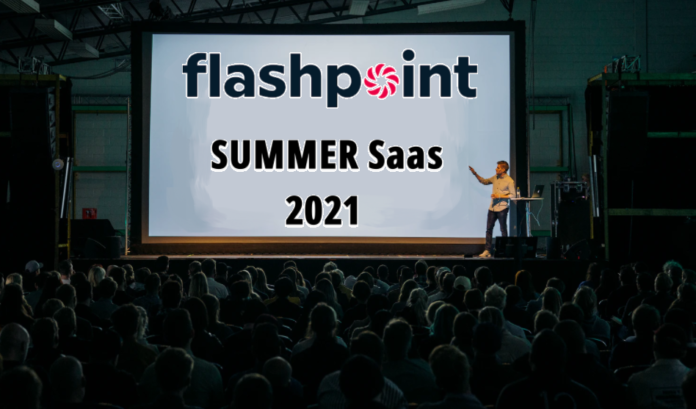 Flashpoint, a leading software and technology investment firm, launches their annual Summer.SaaS event for early stage SaaS startups founders from Central and Eastern Europe (CEE), Israel, Finland and the Baltics. Now in its second year of running, the competition selects the most promising startups and provides a rare opportunity to pitch in front of hundreds of top-tier regional and pan European seed and series A stage investors including Sequoia Europe, Vertex Israel,  SpeedInvest, Viola, Prosus Ventures, Credo Ventures and many others.

The event builds on the success of last year, with 40% of nominated startups proceeding to raise capital during the last 12 months, and 70% of entries growing organically by 100-200%. Participants are required to submit via one of five tracks: Vertical AI (e.g. construction, real-estate), Horizontal SaaS (e.g. sales, HR), EdTech, HealthTech and New Economy tech.

The winners will be announced at the online event on September 2, 2021, to be attended by several hundreds of renowned regional industry leaders, executives and tech professionals.

Last year’s winners include Romanian cybersecurity startup Cyscale who raised €350K in four hours on a crowdfunding platform following its participation in Summer.SaaS 2020, and marketing optimization platform Sellforte who secured €4 million investment in March, having tripled their growth in 12 months.

Flashpoint identifies 25 startups who present to the VC panel, with one winner per track progressing to the final. A winner will then be chosen from the 5 finalists and awarded with $25,000 AWS credit to AWS Activate programme alongside complementary annual subscriptions to leading hiring and lead generation platforms. Runners up will each receive $10,000 AWS credits.

Alexander Konoplyasty, General Partner at Flashpoint, said: “We’re really excited to launch this year’s Summer.SaaS Challenge and start assessing the innovation now arising from these burgeoning ecosystems. Attracting over 500 attendees, last year’s competition was a proven success for many of the selected startups, particularly those who secured capital and significantly boosted their revenues. It’s a great opportunity for emerging startups to significantly raise their profiles.”

SaaS startup founders can submit their online pitch via SUMMER.SAAS and register now to attend the virtual event. Those applying require a monthly recurring revenue between $10k and $100k, and/or raised between $0.3 million and $3 million.