What is Moonshot thinking, and how can I use it in my startup? 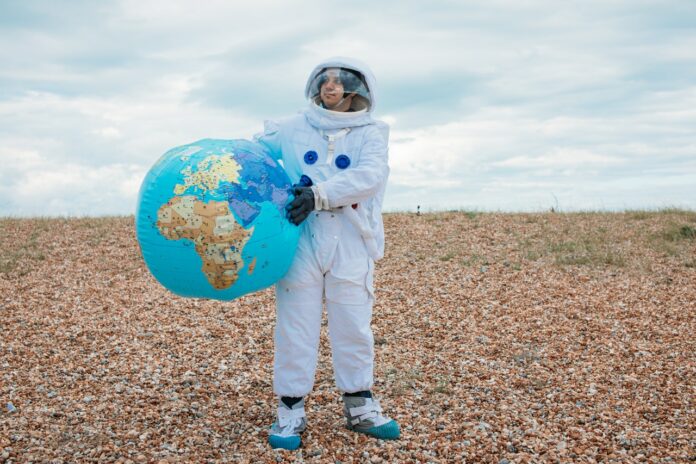 When asked about the ingredients of success for a startup, people often stress that the team matters more than the actual idea. Behind this assumption lies an agile mindset which sets the course: If an idea fails, a powerful team will come up with another one and thus get closer and closer to success over time.

While I also think that this saying holds true, I would like to change how we look at the problems startups want to address and solve with their business models. Let’s talk about moonshots.

From a man on the moon, to entrepreneurs around the world

The term moonshot – as it is used in the startup and tech ecosystem today – refers to the Apollo 11 mission to bring the first human to the moon. Former US President John F. Kennedy stated in the beginning of the 1960s, that his country will be the first to get to the moon. Nearly a decade later, Neil Armstrong said the now famous words “A small step for a man but a giant leap for mankind“ while putting his feet on the moon’s surface.

Today, a moonshot means a ground-breaking project that is not only ambitious, but also far from being predictable. The risks and potentials of the undertaking are hard to assess, even during the process which might take years. You may have also heard about 10x thinking: What needs to be done to make an innovation ten times bigger than an existing product?

For entrepreneurs, having the right mindset is decisive. The higher your ambition, the more exploratory your actions, the higher are the chances for you to succeed and actually get mankind a giant leap forward at some point. So you should definitely train yourself in moonshot thinking when searching for new ways to tackle certain problems. Starting from where you are, what would be the most ambitious thing to do? Thus you are prevented from only thinking in incremental changes or solutions to a problem that might keep you from growing your business in the future.

But there’s a string attached. Because as an entrepreneur, you often want and need to deliver progress not in ten years time but within the upcoming ten months to not run out of money or lose momentum.

My advice would be to think and go in small steps all while having your moonshot in mind. This sounds a bit counterintuitive to what I said above, I know, but let me explain what I mean.

An idea is only as good as its validation. Founders need time to put their ideas through rigorous testing, to adapt them again and again at short intervals on the basis of newly gained feedback, so that a product can be created based on user feedback and desirability, and has a chance of attracting paying customers.

From my everyday life as a founder, I know about the power of validating an idea, which can only be achieved with enough time. Before the first money goes into marketing, ideas have to be tested on the market. The more diversified validation inputs are – for example from research, industrial partners or potential customers – the higher the chance that early mistakes can be avoided and the right strategies for success can be identified.

The validation process is crucial and should be completed step by step. Thus you are more likely to build a sustainable business model over the next month than in ten years time – because this will help you to aim for a moonshot. But keep that 10x idea in mind all the time to challenge the status quo of your business. By doing this, you are setting the path to success.

Adrian Locher
Adrian Locher is the co-founder and CEO of Berlin-based Merantix, the world’s first venture studio for AI and initiator of the AI Campus, a not for profit hub for the AI community in Berlin. He has been a serial entrepreneur and investor for the past 20 years, founding more than 10 companies both in Europe and the US, in digital healthcare, e-commerce and AI.
RELATED ARTICLES
Czechia-Startups