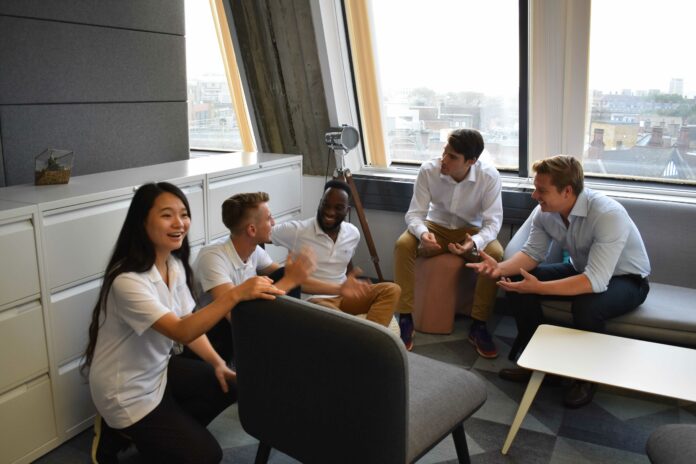 Today StepEx, the fintech startup that provides affordable student finance based on future earnings rather than debt, has raised an approx. €1.2 million in pre-seed funding. This follows an earlier angel investment of around €314.8K. Backed by BBVA Anthemis Venture Partnership, Triple Point Ventures, and prominent angel investors – including renowned fintech investor Chris Adelsbach – the money will primarily fund further development of the company’s machine learning model and user platform, as well as expansion of the senior team.

The startup states that around 2% of the population can afford to take on the cost of pursuing a top postgraduate qualification in the UK. Founded in 2017, StepEx aims to widen participation among the other 98% by providing finance based on projected future earnings, enabling them to access otherwise out-of-reach courses that significantly enhance their economic prospects.

Explaining the need for a new approach, StepEx founder and CEO Daniel George – who was only able to take up his own MBA place through a full scholarship, an experience that shaped his vision for the company – said: “Finance for postgraduate and technical qualifications is outdated and prohibitive. The best courses are too expensive for the vast majority of potential students, and the costs are not covered by Government loans. Debt is a poor solution to this problem, with lending terms based on past income, which restricts opportunity for younger and less wealthy individuals and limits upward social mobility. Outcome-based finance fixes this and opens up enormous economic opportunities for people who would otherwise be priced out of the kind of courses that unlock significantly higher earning potential.”

Through StepEx’s Future Earnings Agreements, students pay a percentage of their earnings for a fixed period. This is only triggered upon completion of their course when they cross an agreed salary threshold based on StepEx’s forecast of their expected earnings. StepEx charges course providers an up-front fee per student, and takes a small commission on each monthly repayment.

Already working with two of the top three business schools in the world – London Business School and INSEAD – as well as several providers of courses focused on in-demand technical skills such as coding and AI, StepEx has built one of the largest dataset of graduate earnings. By pairing this with Open Banking data and a machine learning model, StepEx is able to reliably predict and verify an applicant’s future earnings. In the future, the company will also be able to give course providers meaningful, data-driven feedback about pricing and the value courses are delivering.

Stephanie Hussels, Director of the Bettany Centre at Cranfield University, said: “The looming debt that faces students when they complete business school degrees effectively roadblocks people from reaching the career destination their talent promises. For Cranfield, Future Earnings Agreements will widen our student base, opening the opportunity of the very best that postgraduate education offers to people irrespective of income and social background. The benefits will ultimately be felt by organisations chasing talent from a broader spectrum – and by the economy, as more people realise the full potential of their abilities.”

Christhi Theiss, Head of BBVA Anthemis Venture Partnership at BBVA, said: “From the beginning of our journey, StepEx and its founder Dan stood out. His passion, know-how and grit impressed me. He effectively co-designed a new regulation over 18 months with the UK government and succeeded to be the first regulated entity in Europe to offer Future Earnings Agreements. Many renowned educational institutions all over Europe are offering StepEx’s solution to their students, which increases diversity and financial inclusion – while also collecting an incredible amount of data to develop StepEx’s proprietary future income predicting tool.”

Daniel Cardenas-Clark, Early-Stage Investor at Triple Point Ventures, said: “We were impressed with the diligence that went into developing the product, which is reflected in StepEx being the only FCA-approved FEA in the market. We are excited to be backing Daniel and the team on their mission to help more people achieve their career goals by obtaining the academic, technical, and professional qualifications needed to do so.”

Farhan Lalji, Principal at Anthemis Group, said: “In addition to my role at Anthemis I lecture at London Business School where I took my MBA, so I see the impact of the financial barrier to entry for students first-hand. Indeed, I was in that uncertain position myself when I applied and had to take on a considerable sum of debt, so am keen to see alternative methods of funding for people in similar circumstances. With its Future Earnings Agreement, StepEx has created a solution that benefits students and educational institutions in equal measure. But it’s also an attractive investment for lenders – combining strong returns with genuine social impact. We have every confidence in the team’s ability to make this a mainstream option that transforms student finance.”