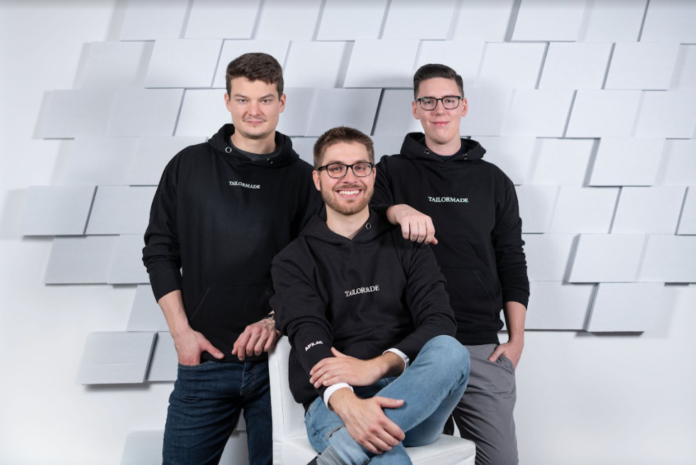 From marketing to employee training, companies rely on video content for the effective transfer of information. However, the production of video content can be pricey and time consuming. The Berlin-based startup Colossyan set out to change this by developing a programmatic video generation tool to assist businesses which struggle with video production.

Colossyan has launched its video generation platform in early 2021 and has onboarded several beta clients. Most recently, the startup has released its API that is already integrated by several companies in the news and media and finance sectors.

Kristof Szabo, the CEO of Colossyan, commented: “I have worked in video marketing since 2015, I know the struggle of the production process, so when I first heard about universities researching and developing AI and Machine Learning models for video generation, I knew there would be huge demand for it!”

The Colossyan team firmly believes that the benefits AI brings to video production will impact everyone from businesses wanting to use videos on social media, to the largest movie studios.

Zsolt Weiszbart, partner at Day One Capital, who will join the board of Colossyan, stated: “The ability for AI driven systems to generate video content is one of the most exciting
developments by recent progress in deep learning. We believe that this field is still in its infant stage and Colossyan is one of the front runners. The CEE region with its excellent talent pool provides a great opportunity to build a world class team and take Colossyan to the next level.”

APX Managing Director Henric Hungerhoff added: “Video content is core for almost any brand. Colossyan strengthens the backbone of companies, enabling unique customer experiences, storytelling, and successful marketing. As the first investor, we have supported Colossyan’s vision to transform the industry with an ethical solution to generate content digitally. We are excited to see their technology develop into a scalable, successful product.”

The fresh capital will be used by Colossyan to further increase the quality of the generated videos, build in new features that will support the generation process and to build a solid team to scale Colossyan.