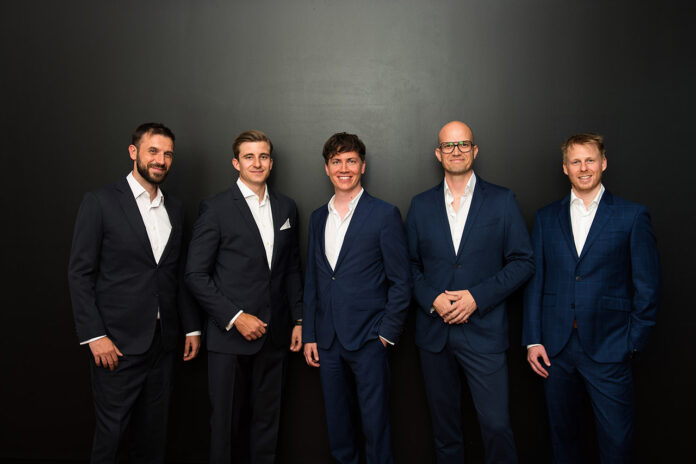 Blockpit, a leading company in the development of tax reports for crypto assets (who was also a pitch competition finalist at the EU-Startups Summit 2018), today announced its approx. €8.4 million Series A funding. The capital increase comes from five internationally renowned investors in the fintech and blockchain sectors. The funds will be used to further develop Cryptotax, a tax reporting software developed in-house and regularly audited by a Big Four auditing firm, as well as expand internationally.

Founded in 2017, Blockpit developed its Cryptotax software to offer automated calculation of taxable profits from trading crypto assets (such as Bitcoin and Ethereum), as well as from other activities of crypto traders and investors (such as income from staking, DeFi, lending, mining, and margin trading). Data is imported in real time from common crypto exchanges and wallets, standardized, and then consolidated into a country-specific report which displays taxable profits and other important data.

Cryptotax was most recently deployed in Spain and France, making the audited tax reports available across six countries. According to Blockpit, demand for the software has increased heavily due to the upcoming EU DAC-8 directive (which will facilitate data exchange between trading platforms and financial authorities across the EU), coupled with the strong upswing of crypto assets in previous months.

A total of five new and one existing investor participated in the recent Series A investment round. Lead investor MiddleGame Ventures (MGV) is an expert fintech fund currently investing in the capital markets, asset management and open finance space. The MGV partners previously invested in early-stage startups such as Ripple, Tandem Bank, Simplesurance, CoverHound, DriveWealth and CompareAsia (now Hyphen Group) over the past decade.

Blockpit CEO and co-founder Florian Wimmer welcomes the broad network of new shareholders: “In addition to the monetary boost, the expertise as well as international network of the investors in various areas will result in new market access and numerous opportunities for commercial partnerships. This will massively accelerate the further development of our products as well as our expansion to new countries”.

Pascal Bouvier, Managing Partner of MiddleGame Ventures, commented on the investment: “We are delighted to partner with Blockpit. We firmly believe in the future of digital assets. As these digital assets are more and more accepted by investors of all stripes and colours, retail and corporate or institutional, taxation and accounting considerations will become increasingly more important to master. Blockpit is at the nexus of these trends and has a bright future ahead of itself.”

Another high-profile investment fund that also participated was Fabric Ventures which, among others, has stakes in the recently listed crypto trading platform Coinbase, the multichain protocol Polkadot (DOT), conceived by Ethereum founder Gavin Wood, and the blockchain NFT games Sorare and Axie Infinity. The new shareholders also include Force over Mass Capital, Tioga Capital (Casa), and Avaloq Ventures, who have strong backgrounds in the blockchain, fintech and traditional core banking sectors and will support Blockpit more than just financially. The existing seed investor Venionaire – on behalf of the European Super Angels Club – did not miss out on the round and also increased their stake via its Luxembourg fund, EXF Alpha S.C.S..