5 upcoming blockchain trends you should expect by 2030 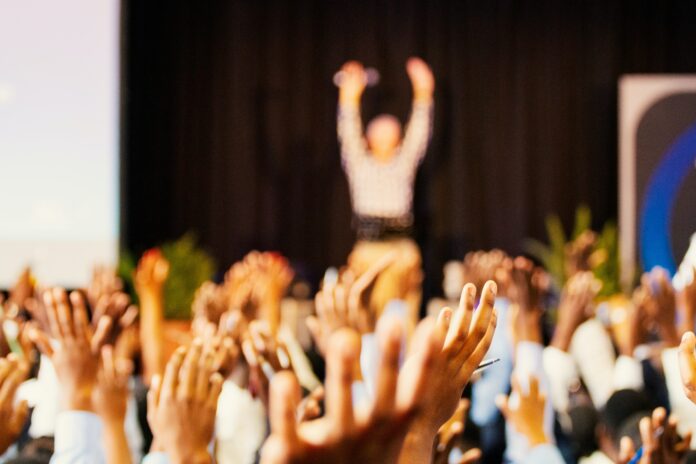 Blockchain technology is growing at a supersonic rate. Although it all started with cryptocurrencies, there is no end to the number of industry solutions using DLT technology, whether that be the medical, financial, or educational fields, among many others.

It’s all about trust and the immutability of the data integrated in the chain. Cutting the middleman and saving costs. But will these parameters remain and support the sector’s continued growth?

Looking at the direction of developments in today’s blockchain sphere, we’ve come up with 5 predictions on how blockchain will continue to grow, and what the landscape may hold in 2030.

There are more than 2 billion people unbanked and with no access to financial services, which creates great inequality in terms of living standards.

Blockchain technology has the potential to shrink the poverty gap, in several ways, increasing financial inclusiveness, reducing corruption, and creating formal systems of property rights in those countries where there are no accessible records detailing who owns the assets – thus, impacting worldwide wealth.

Financial inclusiveness is the most obvious benefit of blockchain technology, why? Because the unbanked population can get paid in bitcoins, no longer needing to rely on centralized banks to give them permission to open a bank account or have access to banking services.

Not having a formal system of property rights results in the value of assets being reduced, as well as owners being denied the ability to use their assets as collateral to obtain credit or as a credential to benefit from public services. Blockchain is here to change that.

There are several examples of blockchain being used as anti-corruption tool, too. For instance, corruption is prevalent in public procurement, mostly due to inadequate record keeping, low public accountability and centrally controlled processes. These factors create an opaque and complex process vulnerable to corruption, with 10-30% of the public contract’s overall value lost to corruption. There are several proposals from the World Economic Forum along with other institutions, United Nations, Organization for Economic Co-operation, and development (OECD), to accelerate research and experimentation in this field worldwide. Here the importance of blockchain is increasing transparency and accountability in public procurement.

Value generating assets only available to those with high financial capabilities can be made available to all, since blockchain technology enables a massive-scale tokenization of those assets. For instance, to purchase an asset such as a luxury hotel, you need to borrow large amounts of money from a financial institution and take an upfront risk.

With the tokenization of large-scale assets, anyone can now become a fractional owner of a revenue generating asset.

Blockchain is offering opportunities for tokenization at every level, for instance, we are seeing major NBA players turning their sport contracts into digital tokens.

Based on the development of current regulations, citizens are increasingly required to access public services via digital identification and authentication systems.

Moreover the European Commission in its 2017 JRC report proposes the use of blockchain to achieve the goal of creating one stop universal system with the ability to collect, store, verify and connect education credentials in a comparable manner across national contexts.

The use of a self-sovereign identity using blockchain technology could have a lot of benefits, such as: reduce fraud reduction or identity theft; reduce customer onboarding costs which currently cost an average of $28.5 million; improve e-commerce sales due to the safety of showing with an SSI digital wallet; reduce customer service costs by improving the customer experience; or promote new credential issuer revenue.

Considering that cryptocurrency adoption is growing, governments will need to find their way to create and implement of some form of virtual currency to stay atune with current trends and be part of the economic growth resulting from it.

This could mean digitalized own national currencies; we already have some examples such as China which has created its own digital currency and Venezuela with its petro (petromoneda) that is backed by the country’s oil and mineral reserves.

Price-stable tokens regulated by monetary policies and backed by collateral will start to gain traction as they become more reliable as a means of exchange. Governments that have failed to create a successful crypto currency will turn to stable coins as their virtual currency of choice.

5. The world economy via blockchain

Blockchain can provide significant business value in the global supply chain. In its current state, world trade is conducted via a chaotic, fragmented set of business relationships among parties that are un-trusted.

Blockchain can help to prevent problems such as counterfeiting or grey market of medical equipment, medicines, fashion apparel, auto-parts, food supply chain, among others, where some of them are life- threatening, as large numbers of people die from counterfeit drugs every year.

In summary, blockchain will expand in the ecosystem to create economic growth and improve conditions and standards based on trust, immutability and transparency.