Today Amsterdam-based VC Peak officially enters the German market and pushes its fourth fund, this time of €66 million, for 30 marketplace, platform and SaaS companies, primarily in Germany, Benelux and the Nordics.

Unlike other international investors active in Germany, who mainly focus on scaleups and later stage investments, the leading Amsterdam-VC Peak is moving in at the earliest stage, providing first check investments to young companies and fuelling digital ideas from the start.

Since its founding in 2007, Peak has made over 34 successful investments across four funds. Despite the risk that defines the startup sector and is part of the agenda, Peak’s strategy seems to be paying off. All portfolio companies have been able to thrive in the market or exit successfully. Highlights include: Catawiki (exit to Permira), Studocu (a platform for students that recently raised $50 million), OneFit (which merged with Germany’s Urban Sports Club to form Europe’s largest sports and fitness platform), United Wardrobe (acquired by Vinted), Radionomy (acquired by Vivendi) and IENS (acquired by TripAdvisor).

“We have been around for 14 years, built an international team, and invested across Europe, but this is our first office outside of Amsterdam. We deliberately chose Berlin over Paris or London. Being from Amsterdam, it is natural for us to grow in Europe by taking our next step in Germany – here lies the European economic powerhouse and there is enormous innovative momentum. This is exactly what we are looking for in the companies and teams we invest in and which we want to take to a new level together,” said Johan van Mil, Co-Founder and Managing Partner

Peak focuses on marketplace, platform and SaaS models rather than specific industry verticals. The team, as well as the network of over 100 experienced entrepreneurs that invest in Peak, has a deep understanding of these models and how to scale them across stages of maturity, industries, and borders.

“We base our investment decisions on what we call the 4-T’s: team, traction, thesis, and timing. It’s hard to analyze those factors from a distance – especially assessing teams, no doubt the most important factor at our stage.

Virtual coffees can not compare to eye-to-eye conversation and really feeling the vibe of a team, office, or city. The startup scene moves fast and founders move faster. We need to be boots on the ground to keep up and get to know the founders we’ll be supporting for years to come,” said Madeline Lawrence, Head of DACH.

Peak’s initial investments range between €250K and €4 million. A large portion of the VC’s new fund is reserved for follow-up rounds to support the respective portfolio founders from pre-seed to Series B round and beyond. 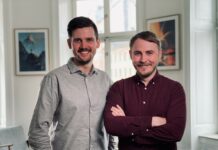 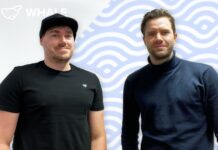 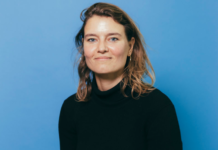 “The most beautiful relationship between entrepreneurs and investors is when they are on the sa...

Amsterdam-based Creative Fabrica raises €5.7 million in its quiet takeover of the US crafting m...