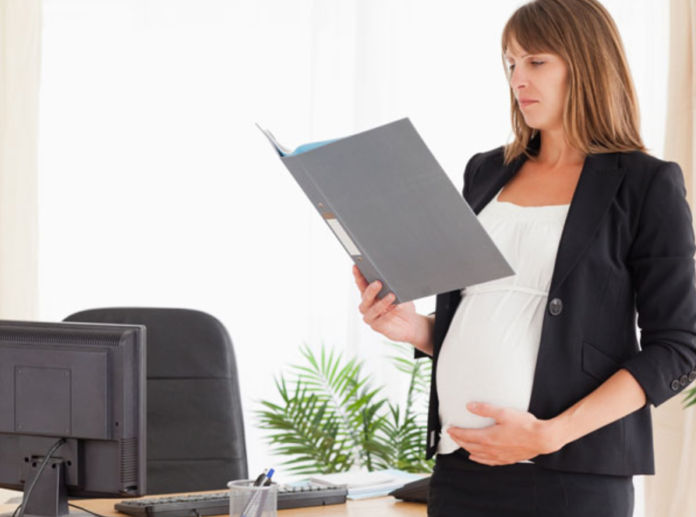 The European investment ecosystem is far from inclusive when it comes to gender. No matter how much progress we think we’re making, the gender gap persists.

The fact is, although women represent more than half of the EU population and create roughly a third of companies, the playing field is far from level when it comes to accessing funds for female founders.

According to NGP Capital, between 2014 and 2019, of the €3.2 billion of VC invested in the Nordic countries, only 7% went to mixed gender founder teams or all women founder teams. As for Atomico’s report on The state of European tech, it shows that “of all funds raised by European VC-backed companies in 2018, a staggering 93% went to all-male founding teams”.

And, before going any further, let me debunk the myth that these numbers are purely down the the fact there are more male than female entrepreneurs. Whilst it’s true (and a problem in itself) that only 30% of founders in Europe are female, overall, women still only receive 2% of funding— a figure which is still completely disproportionate.

But what does this mean for entrepreneurs looking to fundraise whilst pregnant? Well, on top of the fact that accessing funds for female founders is not made easy, pregnant founders often face additional discrimination on the investment journey.

As we mentioned above, looking through the gender lens, the European investment ecosystem is not in good shape. Unfortunately, many pregnant female founders worry about disclosing their pregnancy to investors because of the prejudice they may face. A phenomenon which has come to be known, in a broader sense, as the “motherhood penalty”.

As a young entrepreneur and pregnant at the time, Sara Serantes, CEO and founder of Freshperts, explained to us that her interactions with investors proved difficult as she was often dismissed during interactions with potential investors: “Investors assumed that my ideas were not good enough and did not take me seriously, just because of how I looked! I am happy to say that they were wrong”. Thankfully, Sara finally raised funding, while pregnant, but still remembers these challenging situations that pregnancy presented throughout those initial discussions with potential investors.

Unfortunately, though, this is not an isolated case, with female founders experiencing much the same treatment from different investors; founder Drea Gunness Groeschel was shocked when during a meeting with a potential investor she was told: “We would be interested… but given the state your in, we’re going to pass,” while gesturing at her pregnant belly, “Every encounter like that left me incredulous, but nevertheless I persisted.” Similarly, Emily Foote, founder of Practice, was preparing for a Series A round when a female advisor actually told Foote to try to avoid getting pregnant while raising: “I was completely taken aback when I heard that”.

So why do some investors avoid investing in pregnant female founders? According to Aida Lutaj, CEO and Co-founder of Legitify, it comes down to performance: “Some of the assumptions can be that women when pregnant won’t perform at the same level as their male counterparts or won’t be 100% focused on the business due to expecting a child, but that is not true.”

In fact, research shows that parents, particularly mothers, are often more productive at their jobs after they have their children. Robin Berzin, founder and CEO of Parsley Health, signalled: “Being pregnant has invigorated me to build the strongest team possible, and when I have my child, I will be even more decisive, because there’s more at stake.”

Enter the story of Orit Hashay, Founder & CEO of Brayola, who landed around €290K seed funding while pregnant. Despite being repeatedly told by investors that she ‘might feel different’ or that it ‘will change’ her, Orit ignored their voices and continued at her own pace, securing a launch and a round close at once: “At 8 months pregnant, I found myself coding through the nights. Obeying doctor’s orders for rest, I would code on a sofa in our offices with my husband delivering my meals. I worked hard because I had a plan to go live with a closed alpha one month before my due date, and then do a full launch a month later. We did just that.”

Furthermore, as Sara Serantes, CEO and founder of Freshperts, explained to us, the most important thing should be the business plan: “I prefer to leave the obstacles behind, because what really matters now is how solid is your business plan, which trends are you following and what needs are you going to cover.”

It’s these situations that has led many women to hiding their pregnancy from investors, for fear of conscious of subconscious bias and to ensure that investment decisions are made purely on the business. There are multiple stories online of women entering the fundraising phase and having to face the difficult decision of how to manage the expectations and presumptions of others.

But hiding a pregnancy out of fear of judgment should not be the answer. “No woman should feel like she has to hide her pregnancy in order to launch her other baby, her company”, said Robin Berzin, founder and CEO of Parsley Health.

Looking to the future

Considering the current pandemic, restrictions may have made life easier for female founders looking to fundraise, or with young children. With almost half (48%) of European employees now working remotely, tasks like pitching online have been completely normalised.

As Aida Lutaj, CEO and Co-founder of Legitify, explained to us: “Due to COVID-19, all investor meetings were remote. That helped not having to travel to different locations especially with the pandemic, so was super easy to connect with multiple investors!” Just over year ago, this may have been frowned upon by some investors, favouring in person meetings.

If there’s anything we’ve learned from our interviews with Sara and Aida, and recounting the stories of many female founders across the world, it’s that fundraising while pregnant is entirely possible. Although pregnancy continues to be a taboo subject in the investment space, we hope this will change as more pregnant female founders are seen day-to-day and in the media, and as more conversations are sparked around the topic.

Founder Drea Gunness Groeschel believes that “the key is to find investors who not only believe in your brand and in you as a founder, but also in you as a person. Business partners who respect and celebrate every aspect of your life—not just your company—are the partners you want.”

So, if you have any doubt on fundraising whilst pregnant, we leave you with a final word from founder Aida Lutaj: “I have a message for younger women: You can do it all! You can start a business, fundraise, have a family…you can do it all as long as you set your mind to it!”

Phoebe Smith
Phoebe Smith is passionate about impact and innovation-based startups looking to empower people and solve real problems. Also a content and story-telling fanatic, she’s currently Digital Content Lead at startup Bridge for Billions, having made her way over to Madrid, Spain, from the UK.
RELATED ARTICLES
Czechia-Startups