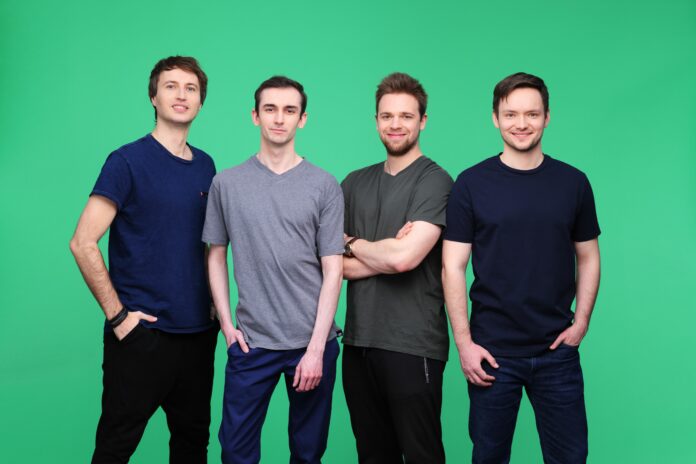 ReSpo.Vision is a European deeptech startup that aims to disrupt sport and bookmaking industries by using computer vision to capture detailed 3D tracking data from sporting events, and then turn those into practical insights. The team has now closed a €1 million seed round led by ffVC Tech & Gaming, with participation from RKKVC. Thanks to this investment, the company will be able to expand its sports coverage from soccer to other major sports.

Warsaw-based ReSpo.Vision has developed a unique 3D tracking data capture technology with extremely high accuracy: its system can screen any TV broadcast, even a single camera one, and capture a continuous stream of 3D coordinates of 20 body sections of each player and the ball. Then it uses this data to create player and game analytics for sport clubs and to calculate game events probabilities, create visual game trackers and provide detailed statistics for bookmakers.

The solution proposed by ReSpo.Vision is already stirring great interest among the largest football clubs in Europe. The technology has been tested, among others, by Champions League clubs, which plan to use it more widely in training and selection processes.

ReSpo.Vision’s deeptech expertise allowed the company to build an automated 3D body pose data capture system without the need to rely on multi-camera hardware-heavy setups. Thanks to those capabilities the system is applicable to virtually any camera-recorded sports game.

Additionally, the company’s technology poses a serious challenge to well-established sports data providers for bookmakers such as Sportradar, Genius Sports or Kambi. Unlike the powerhouses of today, ReSpo.Vision’s system does not require any human annotation or verification as it automatically collects the event data plus – unheard of until today – player’s 3D body coordinates.

ReSpo.Vision’s CEO Pawel Osterreicher commented: “The development of our fully automated detailed 3D tracking data capture systems marks a pivotal date for sports & bookmaking industries. It opens a new realm of opportunities for data analytics, predictions and visualizations. Imagine how big of an impact on game understanding and events prediction nuanced player movement data has. And due to technical constraints, there was no 3D data capture in sports – we operated on what humans could easily distinguish like passes, shots and the like. Now we can get down to the bottom of it – thanks to our tech.”

Aarhus-based Kollektiv takes off with €1.5 million to empower everyone to fulfil their athletic potential