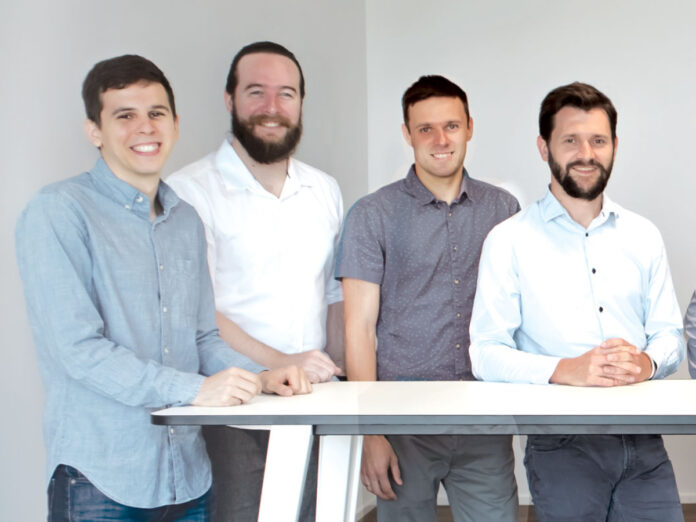 Qnami announced today the closing of an approx. €3.6 million Series A financing round led by Venture Capital funds Runa Capital and SIT Capital, further supported by Seed Round investors Quantonation, Verve Ventures, ZKB Start-up Finance and the High Tech Gründerfond. The funds will support extension of Qnami’s patented quantum microscope technology into applications enabling the design and production of quantum computers and spintronics devices, plus scaling the launch of the Qnami ProteusQ, one of the first commercial Quantum Microscopes.

Qnami is a Swiss startup founded in 2017. In 2019 it launched the Qnami ProteusQ, the first commercial Scanning NV (Nitrogen Vacancy) Magnetometer. This tool, which uses Qnami’s patented Quantilever diamond scanning probes, provides an innovative platform for the analysis of magnetic materials at the nanoscale. Mathieu Munsch, co-founder and CEO of Qnami says, “we have gained good market traction with the launch of the ProteusQ and Quantilevers in the materials research setting. Top researchers already use Qnami’s technology to discover and describe the magnetic properties of new materials.”

Magnetic properties of materials will also play a fundamental role in the future of computing – in quantum computing and spintronics devices (e.g. MRAM). The markets for Scanning NV microscopy in the cryogenic and spintronics design and manufacturing settings expand Qnami’s focus from research to industrial customers.

As co-founder Munsch explained further: “Tools to control the design and manufacturing process of such materials at the sub-micron scale are needed to steer product development and improve manufacturing yields. With this new investment, we will extend our technology into the cryogenic low temperature environment, as well as into the spintronics design and manufacturing space, allowing scientists and process engineers to visualize directly the effect of any small change in their design or fabrication process.”

Qnami’s Series A equity round was led by Runa Capital and SIT Capital. Runa Capital is a global venture capital firm built by serial entrepreneurs that invests in early stage software and quantum startups around the world.

Dmitry Galperin, General Partner, Runa Capital, and new member of the board of Qnami, said, “Quantum technologies leverage the non-intuitive properties of quantum mechanics to develop disruptive applications in fields such as quantum computing, sensing, and communications. The Company’s current focus on the microscopy market demonstrates existing demand and application for this technology. Runa believes the technology will also find additional applications in fields ranging from medical imaging to navigation. Qnami has assembled a strong team that pairs unique technological capabilities with seasoned business and operations experience, and has made strides towards establishing its position as a leader in the Quantum sensor market.”

Berlin-based Monite raises €1.1 million to automate admin and accounting for SMEs in Europe