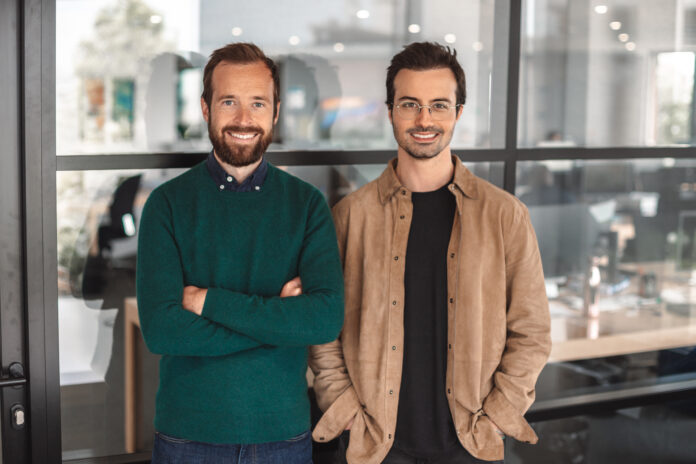 Virtuo, the car-on-demand service helping drive the shift away from car ownership across Europe, has raised €50 million in a Series C funding round led by AXA Venture Partners.

The round, which also saw participation from Bpifrance through their Large Venture funds, Alpha Intelligence Capital and H14 alongside existing investors Balderton Capital, Iris Capital and Raise Ventures, takes the total equity raised by Virtuo close to €82 million since its creation.

In addition, Natixis and several members of the Banque Populaire and Caisse d’Epargne Group are granting Virtuo a pan-European asset based financing of €30 million, to support the development of its fleet, bringing this new round of financing to around €78.7 million.

With the fresh funds, Virtuo will invest in their technology and launch innovative new services that will position its car on-demand service as a key alternative to car ownership. Alongside the development of the app and the experience, the investment will allow them to accelerate their European expansion and the electrification of the fleet.

Virtuo was founded in 2016 to revolutionise the car rental industry, an industry typically fraught with long queues, arduous paperwork and hidden fees. With its 100% digital app experience, Virtuo has not only emerged as the convenient and modern alternative to car rental for city escapes and mid-distance trips, but as an alternative to owning a car altogether. Virtuo is focused on understanding and developing an app-based experience that fulfils the needs of the new generation of drivers with a particular focus on urbanites from major European cities across its regions of France, the UK and Spain.

“Our ambition for Virtuo and our car on-demand service is to reinvent our relationship with cars. To provide all the benefits that cars can offer while using technology to remove the physical burden,” said Karim Kaddoura and Thibault Chassagne, Virtuo’s Co-founders. “We believe you should be able to access a car the same way you stream music or films: the car should appear on demand when you need it, but disappear from sight when you don’t.”

This ambition was brought to life by Virtuo with the launch of their new delivery service, Virtuo Delivered, where users can get their Virtuo car delivered and collected from their chosen address. The service has been extensively tested and rolled out across London and recently launched in Paris and Madrid.

“Our vision is that our car-on-demand service should support a new social contract between city dwellers and the car, where they benefit from the freedom a car brings but without the burden on our cities and the environment,” they add. “At Virtuo, we want to put cars in people’s pockets, not on city streets.”

This investment is also the opportunity for Virtuo to accelerate its presence in Europe: already present in France, the UK and Spain, the service is going to expand to Milan as soon as this month of May, and launch in Germany by 2022 to cover about 10 markets by 2025. Virtuo will launch with both its consumer offering as well as its Virtuo for Business service, where businesses can enjoy exclusive corporate benefits. With ambitious plans for European expansion, Virtuo is also looking to accelerate the electrification of its fleet.

Additionally, following its industry-first partnership with Hyundai in France, which saw Virtuo integrating the Kona Electric into its fleet as part of a groundbreaking revenue sharing business model, Virtuo is aiming to electrify 50% of its fleet by 2025, and to have a 100% electric fleet by 2030. In the meantime, Virtuo has been offsetting 100% of its carbon footprint since 1 January 2021, contributing to local clean energy and certified projects in Europe.

“We are very proud and excited to be part of the Virtuo adventure alongside the Virtuo team, led by Karim and Thibault,” says Benoit Fosseprez, General Partner at AXA Venture Partners. “Virtuo has quickly become a tech leader disrupting the car rental space, with a clear long-term vision and strong ambitions for growth into new markets. We have been impressed by the Virtuo team and look forward to working closely together on the next stages of their development. With this investment in Virtuo, the first for our Growth II fund, we are confirming our ambition in the tech-led high growth companies segment.”

Caroline Lebel of Bpifrance’s Large Venture fund added: “We are delighted to support Virtuo in its development. The company offers a true alternative to owning private cars for city dwellers who wish to use more sustainable shared mobility solutions. Born in the digital era, Virtuo’s 100% digital experience is backed by powerful technology and artificial intelligence to optimize its operations. We are convinced that the mobility of tomorrow must be built with strong technology at its core, addressing new behaviors and with the freedom of choice of a multimodal offer.”

This funding round will overall allow Virtuo to focus on a new objective: conquer one million active customers across Europe by 2025.